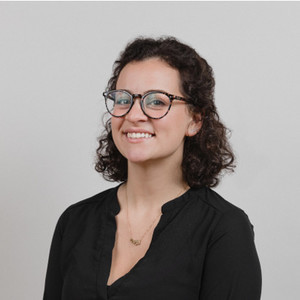 I arrived late to a Write-In on a Friday night during the “before times.” I felt a little dumb for being late.

The prompt was something simple, like “Grand Central Station” and I ended up writing a self-deprecating poem about being late and never early. When it came to sharing, I held back because I was angry with myself for being late.

Thankfully, the instructor had another prompt, “time after time.” Its vagueness launched me into full-blown writing mode and alas my public writer’s block lifted. I left the session feeling inspired and excited about writing again.

I have been writing on and off since I was in high school. Very off and on. Mostly off. When I moved to NYC in 2016, I couldn't afford to do anything but write so that's what I did. By the time I arrived at Gotham in 2019, I’d tried and failed at comedy writing for the last three or so years. In 2019, I made a plan to take a class with Gotham in Winter 2020. I signed up for Jon Reiner’s Memoir I.

It was great to have assignments to keep myself accountable, I am nothing if not a procrastinator, so the speed of the class was great and Jon, a great captain. By the end of the term, our ship turned fully remote due to COVID-19 and while nothing else was going on, a few of my fellow writers decided to have an online writers group.

We met without fail for about 12 weeks. Once the summer came, we pushed our meetings later in the evenings and by fall we were meeting about twice a month. Again, it was great to have the space to write and the practice weekly was helping me write more often on my own.

In the fall, I wrote a story about my family’s obsession with donuts for the Boston Globe and pitched it to them in October. I never heard back. In my mind, it was perfect for the Globe but not wanting to be discouraged, I pitched it elsewhere, NYT, Huffpost, food magazines and got a whole lot of declines. By December, I was frustrated because I really felt like this was a great story so I tried NY Mag’s Grubsteet.

They declined but said they’d like to hear more from me in the future. That was my window in, and I pitched them my habit of ordering takeout from two places at once. They loved the idea and commissioned me to write a funnyish piece. Here it is.

Fast forward to February where I’m in a writing rut after the publication at NY Mag. Out of the blue, I got an email from an editor at the Boston Globe that they’d like to run my donut story. A real miracle!! It went live in print and online here.

All this to say, I still have a lot of work to do on my writing, but Gotham definitely instilled a sense of commitment to the process that I hadn’t had before. And if I hadn’t given up on the Globe, I never would have been published in NY Mag. Sometimes you get things by doing the best you can, letting them go and giving up on them, and sometimes you get them by pushing until you hear an ounce of positivity.

Thank you, Gotham, hope to share more with you soon,