Fade in to New York City in 1993 when two young writers, Jeff Fligelman and David Grae, joined forces to teach writing classes. They had each taught writing elsewhere (Jeff even holding classes in his living room), so they had some ideas about how to teach great classes, and they offered to give your money back if you weren’t satisfied. No refunds were necessary, the students loving the experience.

The whole thing seemed like a good idea. So they called themselves Gotham Writers’ Workshop, made up a logo, advertised on flyers posted around the city, and even set up tables at Lincoln Center and Carnegie Hall to tell people about Gotham. People signed up.

They rented classroom space from a church, as well as an office (okay, a room inside a film production office). They hired more teachers and some office help (okay, one person), and they increased the number of courses offered. The phone kept ringing, the business kept growing, and soon they needed more teachers, staff, and space, but they were up to the challenge. 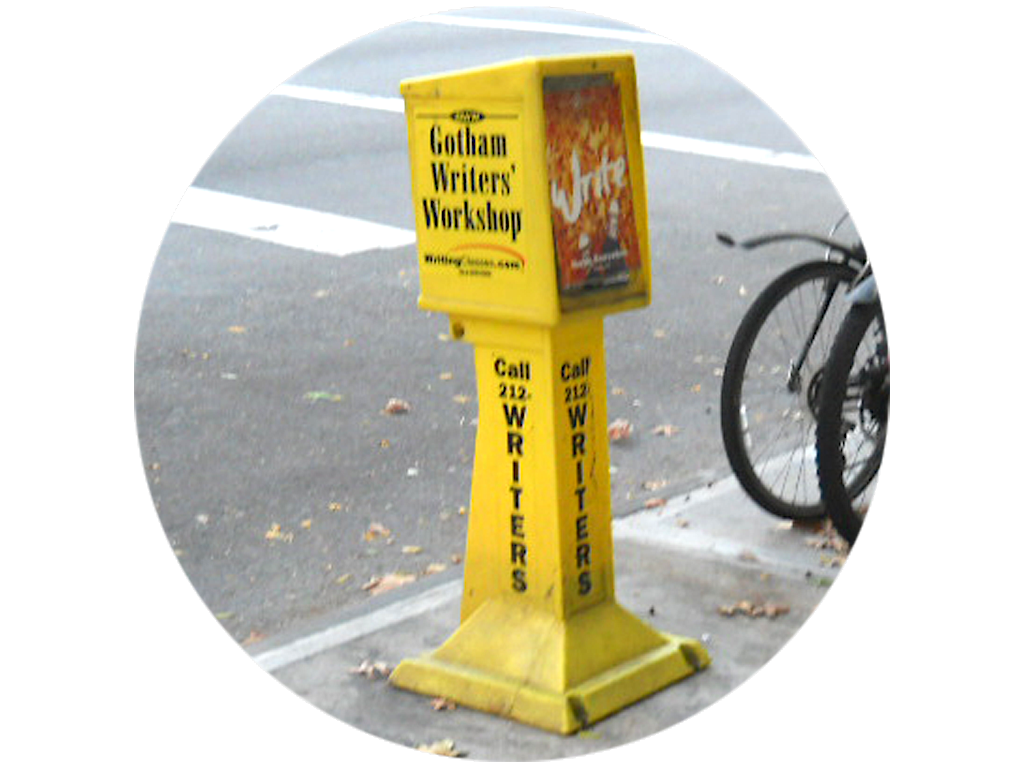 Then came the Gotham box—a yellow box filled with newsprint catalogues placed on the streets of the city. First one, then more, then many. Enough so that the Gotham box has become an iconic feature of the New York City streets, as you can see from its appearances in movies and TV. (We later changed our boxes from yellow to blue and replaced the newsprint catalogue with a handsome brochure.) 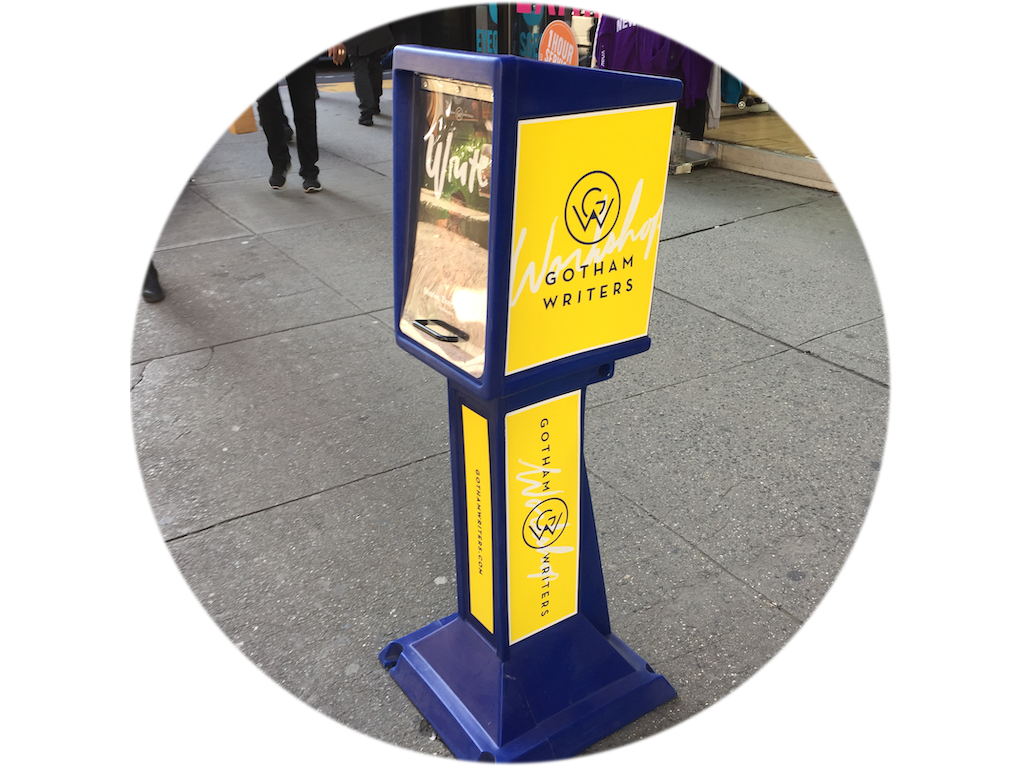 In 1997, it looked like this Internet thing was catching on, so Gotham began offering online classes, a brash concept at the time. The goal was to replicate the quality, energy, and community of our “live” classes in the virtual world. We started out with just a handful of online classes, but soon we were drawing students from across the U.S. and all over the globe. Now more than half of all Gotham classes are conducted online. 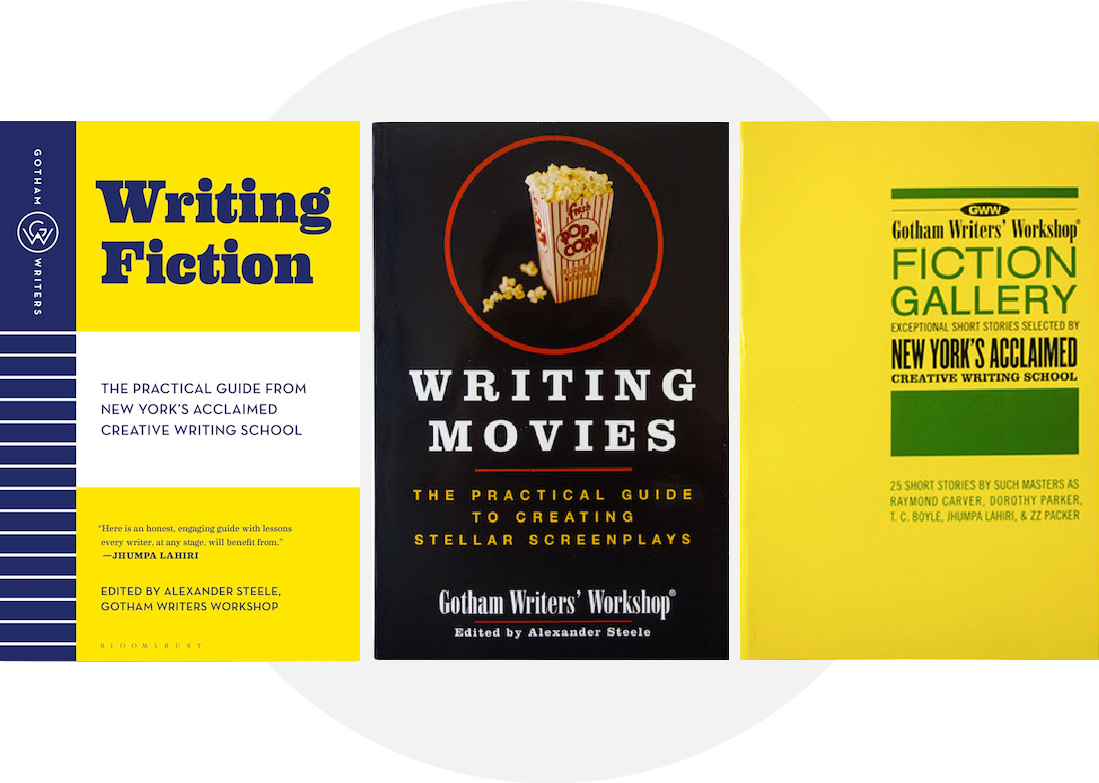 The next frontier was books, and in 2004, we began releasing a series of Gotham Books that brought the Gotham teaching method to the page. Gotham published Writing Fiction and Writing Movies, with each chapter focusing on an element of craft taught by a different Gotham teacher. We also published Fiction Gallery, an anthology of short stories by masters of the craft, which makes an ideal companion to Writing Fiction. Now these books are available in English, Spanish, German, Italian, and Hungarian.

Over the years, we’ve been honored to partner with some great organizations for specialized classes, including the New York Times (our neighbor on 8th Avenue), Barnes & Noble, Zoetrope All-Story Magazine, and Teen Ink magazine.

Though Gotham is mostly known for creative writing, we also offer Business Writing classes, with a creative twist, of course. We can even send our instructors straight to a company’s offices, as we’ve done for such organizations as Ogilvy & Mather, Colgate-Palmolive, NASCAR, and the UN Development Program. 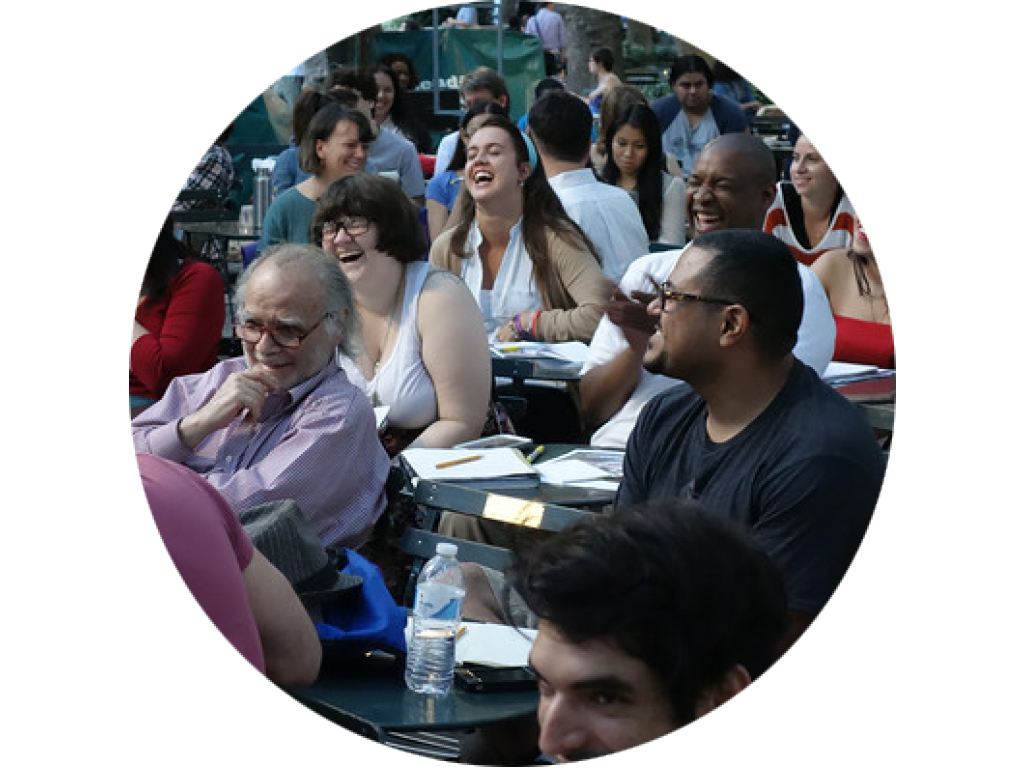 We also offer events around New York City, giving writers a place to meet and mingle. We frequently offer free classes in bookstores, and every summer we offer them outdoors in Bryant Park, right between Times Square and the main New York Public Library. And let’s not forget the Gotham Write-In —weekly events that offer writing sessions along with food and drink and good company. 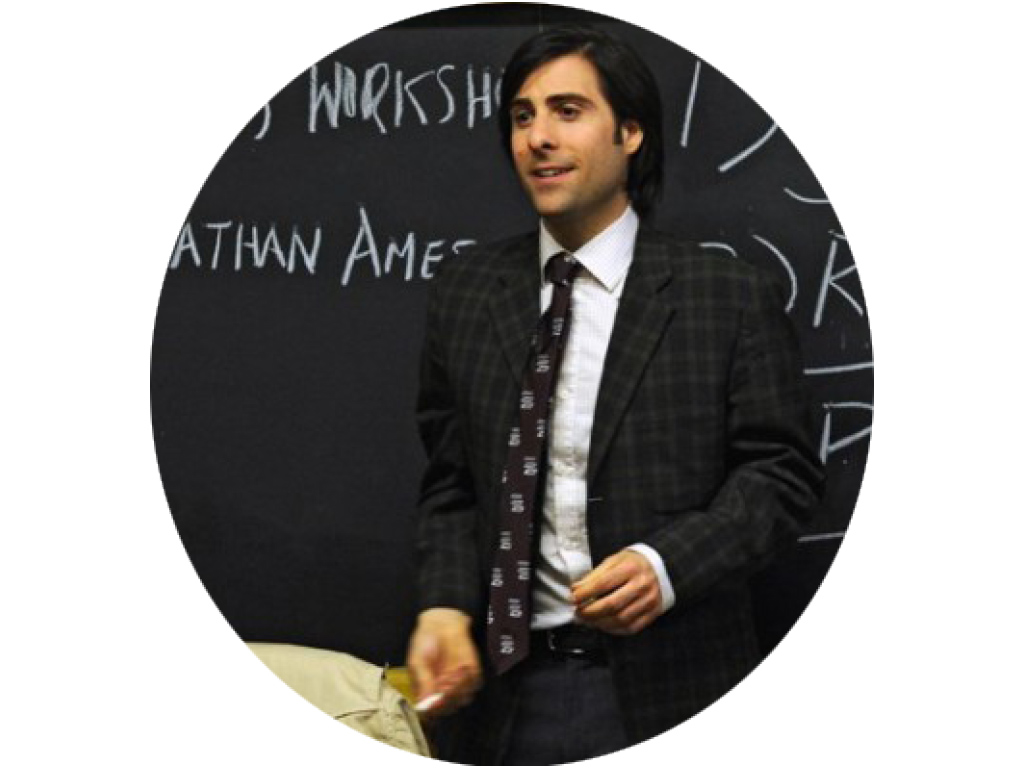 In 2013, Gotham celebrated its twentieth year by giving ourselves a new logo and look. What do you see in that logo? The bat signal over Gotham City, the Chrysler Building, the tip of a pen or pencil? (We’ll accept any of those answers.)

In 2019, we debuted the next big thing: the annual Gotham Writers Conference. The first day features fascinating panels and presentations on the publishing game. The second day features pitching roundtables, where pre-selected writers get in-depth time to present their book projects to agents.

In 2020, when the pandemic struck, Gotham added Zoom videoconference classes to the lineup. Gotham also began offering free events—Zoom Write-Ins and a Zoom talk show, Inside Writing—to keep people engaged in the days and months of uncertainty.

Gotham has traveled a long way from those humble living-room beginnings, now offering more than 50 courses to thousands of students a year, in practically every country of the world, from Azerbaijan to Zimbabwe. But we strive never to lose touch with our grassroots origin, where every customer and class is treated with care. If you don’t believe it, give us a call or send us an email and see how helpful we can be.

You might think that our founders, Jeff and David, would be amazed at the success of Gotham, but, truth is, they always believed the school they built would last at least a hundred years. By then, perhaps we’ll be sending holograms of teachers into your homes.

That’s our story. Now we’d like to hear yours.