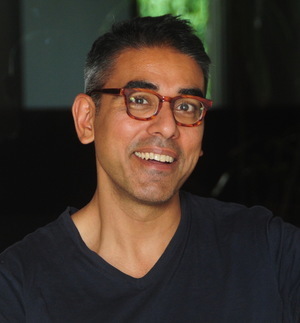 Jealousy, we are taught, is a shameful and ugly sentiment.

So shameful and so ugly, that there is simply no insight to be gained from it, other than that you are a shameful and ugly individual.

For jealousy is also a sincere, quicksilver sensation—impossible to fake, to repress, to go door-to-door with some emotional SWAT team to eliminate.

And so it must also be recognized as a gold standard personal traffic signal:

For I have always been jealous of novelists. Good ones. Bad ones. Even indifferent ones. The fact that they had imposed their creative will on the world—to convince the entire public that something made-up was, in fact, real. This was—to my mind—powerful, this was real, this was money-can’t-buy.

While I’m not much of a joiner, there I sat, in a tube-lit classroom above Times Square. I wanted a sense of how fiction (specifically, the novel) is taught at an institutional level, how it is ‘brought to market’—how to form all those tiny bricks into a shelter.

I’m always a bit perplexed when I read interviews in which a writer boldly answers a question like ‘Name a book that changed your life?’, or, ‘What were you doing when you came up with the idea for this novel?’—for me, it doesn’t work like that. Change, which is but another name for the work of writing, is incremental, non-linear, and frankly a bit baffling.

And therefore, truth be told, I can’t recall any particular magic recipe I learned (that day, or any other). For a novel is not held together with some gelatinous secret sauce. No, a novel is first a private campaign. And this therefore demands great resolve.

In this respect, Gotham was important for me, because it placed me in a community where the written word was sacred. Where no one thought this silly or self-indulgent. Where the instructor would refer to our assignments as ‘your work’. Where I first appreciated the pre-meditation behind the seemingly effortless.

In other words: I had permission to take it serious (ok—‘seriously’—this is a letter about the craft of writing, after all—but the former is more punchy!).

Truth is a Flightless Bird (TIFB) is a story of familiarly flawed people in an exotic locale (specifically, Nairobi, Kenya; circa President Obama’s visit). The novel is a brutal love letter to the frontier-town that is Nairobi, where I lived for 8 years, and where I was accepted with an open-heartedness I have never known.

I wanted to write a world in which all characters had innate agency (i.e. there was a hard ‘no-expat/aid-workers-saving-the-day’ rule in effect), and therefore the obligation of securing their own moral and physical wellbeing. One advanced reviewer of TIFB questioned why President Obama never makes an appearance in-person (I don’t see this as a spoiler)—well that’s the whole point: we see his shadow, hear his honeyed words, but never touch the man, because he is not coming to save you in your existential foxhole.

No one is. The sooner you embrace this, the better off we will all be.

For the promises and dysfunctions of Nairobi are not so different from American cities, after all—the failings of bare-knuckled capitalism, the fragility of our institutions, and the inequality factories our cities have become.

Except, also a fun thriller soon to be made into a television series, you know. Smiley emoji goes here.

So thanks Gotham, for a timely peek behind the curtains.