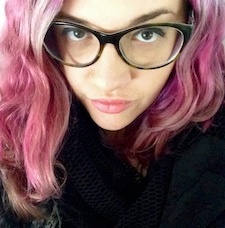 I signed up for a Gotham Writers class as part of a New Year’s Resolution. I was looking for a new creative outlet, and I knew that with my heavy work schedule, I couldn’t do it on my own. Gotham gave me the perfect amount of structure to help get me going.

After completing the class, I continued writing the novel I began at Gotham, The Casquette Girls, but feared not having the assignment deadlines. So, to create the discipline of a writing schedule, I began posting the novel online in real time—never expecting anyone to read it.

Well, people did start to read it. Then more. And more. Until the original draft accrued over one million reads. Several drafts later, I published the novel to the tune of 12k online fans, and The Casquette Girls has since become an Amazon #1 Bestseller and received a starred review from Publisher’s Weekly. But the coolest thing by far is the community of fans around the book—receiving comments and letters every day from readers all around the world.

More important than helping me find the time to write, my Gotham instructor gave me the right kind of feedback that not only encouraged me, but also pushed me out of my shell enough to get the words on paper. So, special thanks to Daniel Marcus—merci beaucoup!

For those who might be considering writing for the first time, there is never going to be a better time to start than right now. I’m currently working on a sequel, which are words that still make my heart flutter when I type them.