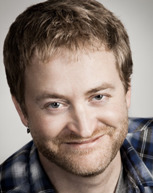 I’m writing to tell you a little story. The story of how Gotham changed my life.

In 2008 I enrolled in Creative Writing 101, one of your beginner writing classes. I’m not sure what motivated me to sign up, I’d barely written more than a book report my entire life. But I’d gotten it in my head that I wanted to learn to write, and, as my wife always says, “Once the man gets something in his head, it’s like talking to cement until he deals with it.”

So there I was, sitting in my first writing class with a pad of paper in front of me, tapping my new Gotham-provided pen on the edge of the table, when Phoebe Damrosch walked in. Phoebe was our teacher, and she had a way about her, a kind of sparkling center that put everyone in the room at ease. Over the next six weeks, she led the class through writing exercises, and readings, and various techniques that opened my heart to the process of writing. It was a wonderful thing, having one’s heart opened like that. I wrote my first story in that class, and that story, miraculously, got published.

And then, writing took over. As my wife tells it, “He pretty much went from mildly interested in writing, to a crazy person overnight.”

I did indeed write like a crazy person. On the subway, during work, in bed under the covers. My wife would often roll over and say, “Jesus, can a girl just get a little sleep?”

The summer after my Gotham class, on a whim, I applied to Breadloaf, one of the top writing workshops in the country. I got in, and while there, I studied with some terrific writers. The crazy voice in my head grew louder, Keep going, it said. You might just have something!

I wrote everyday, and the work began to pay off; more publications, private study with a handful of talented writers, a few public readings. I even finished a novel, found an agent, and realized very quickly that my novel sucked. When it didn’t sell, my confidence was crushed. I wanted so bad to be the best writer I could be. To listen to my wife tell the story, “When his novel didn’t sell, it was like dealing with a lump of coal that sat around on the couch and ate Cheetos all day.”

But I didn’t give up. I kept writing, short stories this time. The day I told my wife I wanted to go back to school for an MFA (at the age of forty), she looked at me and said, “And how exactly will an MFA feed our child?” But then she saw my glassed-over eyes, my cement-like demeanor. She smiled and told me to go for it.

I enrolled in the University of British Columbia’s Optional Residency MFA program, and there, I found the perfect home for my Gotham-inspired craziness. While in the program I wrote more short stories, a collection in fact, and when I graduated, that collection (How To Carry Bigfoot Home) sold to Red Hen Press, one of the best independent presses in the country. It will be released in the spring of 2015.

So here I am, six years after stepping foot in a Gotham classroom, published, teaching, reading, writing like I’ve never written before—all of it because of Phoebe’s amazing class and Gotham’s inspirational curriculum. At Gotham, it’s like they know you’re a writer before you do, and if you let them open your heart to the stories inside you, it may just change your life.