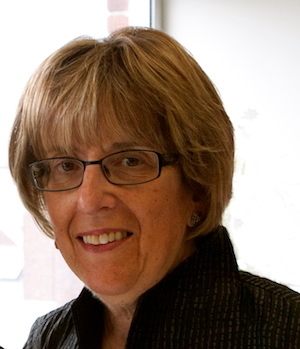 During the summer of 2001, I sat down to try my hand at writing fiction for children. Having worked with youngsters with language and literacy challenges for over thirty years, I believed I had something to say to them. I wrote a couple of pages, decided the whole enterprise was silly, and filed them away.

Then anticipating a yearlong sabbatical from my academic position in 2008, I searched high and low for those pages. Maybe I actually did have a story worth telling. I did due diligence, and searched out ways to support this endeavor. That is when those yellow boxes I had seen on Manhattan street corners caught my attention. I signed up for both the beginner and advanced children’s writing courses at Gotham Writers Workshop. With the guidance and expert direction of two of Gotham’s talented instructors, I discovered that we all have many stories worth telling.

Having been trained as an academic, I was a very disciplined writer, but not a very creative one. Gotham taught me to let go, imagine, visualize, and invent. Work became play, not in the sense that it was easy, but in the sense that the process was more important that the goal. At first, I dabbled in picture book manuscripts, but in my heart, there was a chapter book waiting to be revealed. The weekly class meetings, gifted instructors, and wonderful class member all contributed to my growing appreciation of the writing process.

I met a charming and dedicated group of budding writers at Gotham. Some of us continued to meet regularly after completing our courses. We followed the methods we were taught in order to support and give valuable feedback to one another about our works in progress. We networked, shared ideas, and began to consider the daunting task of finding agents and publishers who might consider the works of new, untested writers.

My eventual membership in the Society for Children’s Book Writers and Illustrators built on the resources and relationships I first acquired at Gotham. After fifteen drafts of my middle grade novel, I felt ready to submit my work for publication. I won’t bore you with the details, but to say the least, it took great persistence and resilience to cope with the rejections. However, during the Fall of 2015, I received word of a possible contract with a London based publisher. The Secret Files of Phineas Foster was released on October 31, 2016, and while there is much to be done to move from publication to sales, opening the box, and holding a copy of the book in my hand was one of the most exciting moments in my life.

Thank you Gotham for helping me along on this journey, and making what once seemed like a silly dream come true.