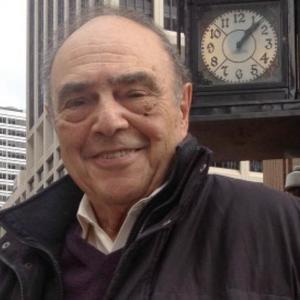 Ever since I was a child, I’ve had a passion for doing comedy. When I was 18 years old, I was hired for the summer to perform at a resort in the Catskills. The first time on stage I was overcome with stage fright and was simply awful. I felt humiliated. I didn’t do much better the next night and was soon let go. I began college that fall, tried to forget what happened, and thought “someday I will try again.”

Nearly 50 years later, I retired as a clinical psychologist and college professor. I was ready to redeem myself after all those years by doing stand-up in an honest-to-goodness comedy club, facing a group of unfamiliar faces. I was ready.

However, my wife began to suffer from a progressive disease that required around-the-clock care, which I did by myself for many years. I had neither the time nor the wish to pursue my lifelong dream. My ability to see the funny side of life was gone.

The past seven years, I have been fortunate to have a most capable team of caregivers to assist my wife, providing much needed time for myself. Gradually my humor returned, with much encouragement from my caregivers (who I suspect wanted me out of their hair for a while). I enrolled in a Stand-Up Comedy class offered by Gotham Writers. The course, which culminated in stand-up performance at a New York comedy club, was taught by Dave LaBarca. Dave’s lectures, critiques, and suggestions were most valuable. I learned the importance of brevity and rephrasing. By the night of the show, I was all set.

The night was magical. My routine was timed to last eight minutes, but lasted nearly 15 minutes because of the laughter and frequent applause. I was written up in the New York Daily News by a feature editor who was at the show. I was offered a job at a country club, doing a half hour of comedy. I have also been invited to lecture to a group of retired teachers taking a course on Humor sponsored by the United Federation of Teachers.

I guess that 80 is the new 18. (Just when I’m beginning a promising career, I have to worry about being drafted again.)

Thank you Gotham. Thanks Dave. This would not have happened without you.