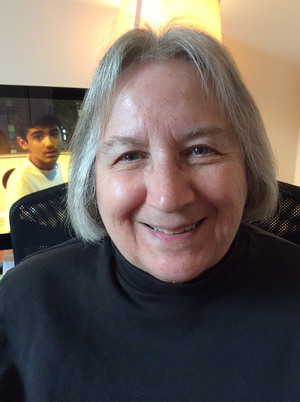 Writing this letter is a dream come true because it means success. In November of 2017, Seven Stories Press will publish my first Middle Grade novel, Martha and the Slave Catchers, under its imprint, Triangle Square Books for Young Readers. I can honestly say that without the knowledge and practice I gained through my courses at Gotham Writers Workshop, this story might never have been completed.

My journey began around 2010 when the idea first came to me to write a story for children about the Underground Railroad. The inspiration did not come out of thin air. I am a historian by trade and the author of five nonfiction adult books published by academic presses. One of these works (and my favorite) is Growing Up Abolitionist: The Story of the Garrison Children. This study of how the great antislavery leader William Lloyd Garrison and his wife Helen raised their children to be the next generation of abolitionists and progressives took me ten years of archival research and writing.

Martha and the Slave Catchers is not about the Garrisons, but it is about children raised in the same environment as the Garrison children, one that opposed slavery and harbored fugitives on their run to freedom.

At first, all I knew was that I wanted to write about an abolitionist home that was hiding a mixed-race child from slave catchers. I fiddled a bit with the idea when, in the spring of 2012, I decided to sign up for a one-day Gotham Intensive Children’s Writing course. During that Saturday, I tried my hand at an exercise to describe my main character. As a college professor and life-long learner, I was not shy to volunteer to read my few paragraphs. The instructor immediately told me that she thought I was “on to something.”

For several months I played around with a possible first chapter. I tried it in the first person; I tried it in the third person. I wrote. I cut. I thought. Then came 2013 and a sabbatical. I immediately enrolled in Gotham’s Writing Children’s Books course, which I had the good fortune of attending in person in Manhattan. The instructor, Michael Leviton, was an experienced picture book author. He offered a ton of advice and challenging exercises. I think that for all but one of those, I wrote something about Martha and Jake. I tried out new characters and plot points and struggled with that ogre, Point of View. I described locations and tried to figure out how to write historical fact in a friendly way for children. The feedback I received from Michael and my classmates was exceptional.

I felt so energized by this first course that I immediately signed up for the advanced Children’s Books course. I had never taken an online course and shuddered at the thought. But I jumped in anyway. Margaret Meacham, an accomplished author of Middle Grade fiction, was just the right person I needed to move forward. Again, the exercises challenged me; the class reactions encouraged me. Maggie’s comments were particularly helpful, and she encouraged me to keep working on the novel. She told me that the story was good and the issues of great importance in today’s world. These had developed over the months into not just an antislavery message, but an examination of racial identity, disabilities, nonviolence v. violence, and human rights.

Once my courses were over, I followed Michael and Maggie’s advice to join a writing group. Mine was small, but supportive and included two Gotham alum—Laurin Grollin and Gail Gurland. Gotham’s reach was far.

Next, I began searching for an agent. I had never worked with an agent before, and the thought of doing so was both intimidating and exciting. Relying on advice from my Gotham instructors and the books I read, I drafted a query letter. I knew from my searches that I wanted Marie Brown Associates to represent me. Marie was a pioneer in the agenting world, the first African-American woman agent who has a humongous amount of experience in publishing and marketing. In the end, I was most fortunate for Marie asked to read my manuscript and signed me up with her agency in the fall of 2014. And I consider myself doubly fortunate that Marie negotiated a contract with Seven Stories Press in the fall of 2016.

Of course, I am nervous about Martha’s debut into the world of children’s literature. But I know that no matter what happens, I have been so very lucky to have taken courses at Gotham and met people who have nurtured this new endeavor.