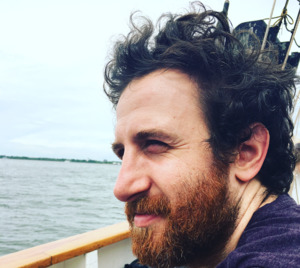 Last we saw each other, I was wolfing down dollar pizza minutes before class, hurrying through the crowded vortex of Eighth Avenue, willing the elevator to ascend faster. I learned even lateness was something that could be harnessed in a writerly way, if you arrived a few minutes into a free-write.

“It lets you enter with flow,” another student creatively explained.

I’m a professional editor, but I signed up because I missed the mad chorus of feedback that is a workshop and the beauty of ten or so perfect strangers transforming into a short-lived but full-hearted community, as we did under Jessica Sticklor’s watch in Fiction II.

When I joined Chloe Caldwell’s Memoir I class, I didn’t have a Big Event to write about. What I had were a series of enigmatic interactions with strangers that tended to turn philosophical or revealing. It was like I was attracting them somehow, and I started writing about the encounters. I didn’t really know what they were (essays? stories?), but I turned them in for the Booth. The class didn’t really know what they were either, but the response was overwhelmingly supportive.

“I would read a whole book of this,” one person said.

I made a Playlist titled “a whole book of this” to etch that phrase into my existence. The enthusiasm was fuel. I started getting up earlier to write. Writing about strangers caused me to reflect and wonder about acquaintances too, friends, even family, and what I thought of as essay-stories became a collection, all revolving around the epic mystery of what it means to know someone.

Chloe, always so helpful, clued us in about indie presses. There were five years of drafts, revisions, occasional submissions, rejection, rejection, more rejection, then some close calls. And then all of a sudden, two acceptances in the same week! It was difficult to believe it was finally happening. But it was.

When you read the book, Gotham, I imagine it’ll be like seeing an old friend after a long time apart. You’ll surely recognize some parts of No One You Know: Strangers and the Stories We Tell. Other parts will feel new and unexpected. I hope you enjoy it.

Thank you again for the many ways you helped.