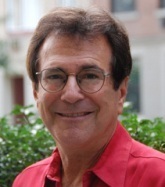 It's nice to have a dream, and the pursuit of one can be exciting. But living it is the ultimate.

When retirement loomed in 2005, I felt no trepidation. I was happy that after forty years, real estate investment banking was in my rear-view mirror and now I could do whatever I wanted. I intended to write a novel, but faced a major problem: I didn't know how.

Yes, offering brochures that I prepared for property sales and financings were often praised by my peers. But they weren't stories. And I was once paid what I considered the highest compliment by one of my colleagues. He had read minutes of a meeting I had written-I always volunteered to prepare the notes-and said, "I never worry when I miss a meeting that you're at, Joe, because when I read your report, I'm there." But meeting minutes are far from publishable fiction.

Gotham Writers' Workshop was the answer for me. Like a four-year old who is brought to a tennis pro for lessons, I had no bad habits. (In fact I had no habits at all.) I listened to my coaches, Dave Koch and Susan Breen, and absorbed their lessons on craft. As for the workshops, the "famous" critiquing sessions in the Booth, I found them to be energizing; people who knew what they were doing were reading my work and telling me how to make it better.

I first presented Waking Up as a short story to Susan's group. When I reviewed my notes from the Booth, I counted up more compliments than critiques; one in particular I remember was, "Thanks for a great ride."

It took me over a year to expand the short story from thirty pages to 416, and another eight months to re-write. Words cannot recreate my euphoria on the day I received an email from Cambridge House Press advising of their interest in acquiring Waking Up. The pen I used to sign the contract sits on my fireplace mantle. And the sessions in the Booth at Gotham prepared me well for the most arduous part of the process of getting published-being edited.

I type these words four days before the release of Waking Up, filled with anticipation. But no matter the level of success of the novel and the others to follow, I will always remember that my decision to spend a year in Gotham's training sessions changed my life and made my dream a reality.