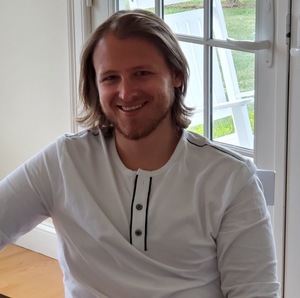 We have spent the last 18 months of this movie we call life stuck in a once-in-a-millennia—or century, to square this metaphor’s circle—storm. We’ve all been trying to survive while it’s swirled around us, and now that it’s finally (maybe) cleared, we’ve emerged into a world different than the one we knew before. Having lost so much, but having gained something, too.

Dennis Quaid got to press restart on the strained relationship he’d had with his son. Jake Gyllenhaal began the new ice age with a new girlfriend. And I have, in quarantine, found a new community—one that has already heard far too many of these metaphors that are convoluted, over-cooked, and, frankly, just plain unnecessary.

The world was only weeks into this pandemic when Gotham Writers began their Friday Write-Ins, and I was only minutes into their first prompt when I began to understand how important they would become.

Over these last months, I’ve been to dozens of Write-Ins and written thousands of words, and listened to tens of thousands more. And it’s been the best experience of my writing career.

It has been a privilege to hear the work of so many incredible artists, and to share my work with them. And for that, I cannot thank Gotham Writers enough.

In the early days of the pandemic, a new genre of content emerged from the dense, poisonous cloud that has become the Internet. It was rooftop content—pictures and videos of connections made by the otherwise isolated. Locked-down neighbors finding strength in little more than the sight of someone they’d maybe never taken the time to meet before they’d been robbed of everything but that time.

These Write-Ins were my rooftop.

Except my rooftop didn’t just look out to the building across mine. It let me look all around the world, and let the world look in on me.

And in those early pandemic days, writing became to me what sourdough bread became to others, and these Write-Ins served as the ingredients, the recipe, and the starter.

And all these Fridays later, I have a notebook full of flash fiction that I’ve decided to share here, in a collection titled “Across the Rooftops,” a name I’ve taken from a July 10th prompt.

Some of the pieces included in the collection have gone on to become short stories, and others will when I get around to it, but all of them are posted here as they were written during that day’s session. Some have a few edits—because I still can’t spell restaurant without digital help—but for the most part, what’s seen here is what I scribbled out at my dining room table all those days or weeks or months back.

So far, there are nearly 30 stories—far too many written as a first-person monologue—but I plan to add to that as long as Gotham will allow me.

Click here to see my collection, “Across the Rooftops.”