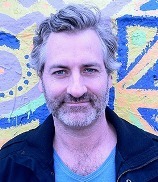 In the fall of 2007, I had written sixty or eighty pages of a middle-grade novel. Having recently left my job as a designer of educational children’s software, I was excited about my story—middle-school kids in Providence, RI form a rock band, and an alternative family in the process—but despite years on the periphery of the publishing industry, I was a novice as a writer, and had hit a creative wall. I knew little about my genre and my prospective readership, and even less about how to transform my sixty pages into a compelling, well-structured 65,000-word novel.

A writer friend suggested I join a workshop, and mentioned Gotham as a possibility. A few weeks later, I found myself in a West Village classroom with a great teacher, the children's book editor and author, Marissa Walsh, and an intimate class of students. Everyone in that room was eager to hone their craft and offer constructive feedback on each other’s work. We were off and running!

Over the next year, I continued to work on my manuscript, and I re-enrolled in Marissa’s class. I met some terrifically talented writers who offered me invaluable feedback on my work, and I offered them support as they confronted their own storytelling challenges.

In 2008, after sending a longer, improved manuscript out to agents, I got a couple of inquiries, and turned to Marissa for advice. To my surprise, she told me that she was opening a literary agency of her own, and offered to represent me. It wasn’t a difficult choice—I went with Marissa, and a few months later, she sold Rules to Rock By to Bloomsbury USA. The book came out in 2010, and my second middle-grade novel, A Song for Bijou, was published by Bloomsbury in 2013. In 2014, I will be publishing my first book for adults, a romance, under a female pen name.

It’s no exaggeration to say that I owe my career in writing to Gotham, so thanks to everyone there for the much-appreciated help!