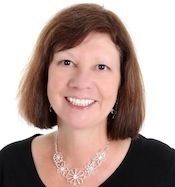 I’ve been a fulltime freelance writer and editor since 2003, specializing in art, antiques, and the residential housing industry. It’s a great way to earn a living and far more fulfilling than my previous incarnations as a Credit and Collections Manager, Sales and Marketing Coordinator, and Office Supervisor. But from the day that I read Nancy Drew, I knew I wanted to write mysteries.

Of course, like many others, life got in the way, even after I started writing for a living. There was always some reason I couldn’t find the time. Then I realized my procrastination wasn’t due to lack of desire, but rather, uncertainty. Where would I start?

I decided to sign up for Gotham’s Fiction I. Under Season Harper-Fox’s caring tutelage, I began to develop the skills needed to turn my fact-based mind towards fiction.

Buoyed by my efforts and Season’s encouragement, I went on to take two rounds of Fiction II, followed by Mystery Writing I and Mystery Writing II. Somewhere along the way I decided I might as well work towards the Fiction Writing Certificate Program. I’m proud to say that I received my certificate in July 2012.

That certificate gave me renewed confidence. In Fiction II, I’d started a short story about a freelance writer and an antiques shop dealer who join forces when a greedy developer comes to their small town. It started to morph into novel during Mystery II. It didn’t hurt that Greg Fallis, the instructor, really believed in my story.

I started working on my novel in earnest on Christmas Eve 2011, completed it by February 2013, and started the long, hard road towards getting traditionally published, revising the manuscript with every rejection. That was a skill I learned after receiving feedback in the Gotham “Booth.” If one person doesn’t like something about your story, that could be personal. If ten people comment on the same thing, it’s time to accept that the story needs fixing.

In May 2014, I submitted a much-refined The Hanged Man’s Noose to Barking Rain Press. I signed the contract in July 2014, with publication scheduled for July 2015.

I’ve also kept on writing short stories. My short story “Plan D” is included in the crime fiction anthology The Whole She-Bang 2 (Toronto Sisters in Crime), while “Live Free or Die” is included in World Enough and Crime (Carrick Publishing). Both books were released in November 2014.

I’m now working concurrently on two novels, a sequel to The Hanged Man’s Noose in the very preliminary stages, and a stand-alone mystery/suspense nearing completion of the first draft. I’m also working on more short stories, which pose an entirely different challenge, and require an entirely different mindset.

I don’t believe any of this would have been possible without Gotham and the talented instructors who taught me along the way. Thank you Season Harper-Fox, David Yoo, Michael Backus, Carole Bugge and Gregory Fallis—for your encouragement, knowledge and support. It meant the world to me.