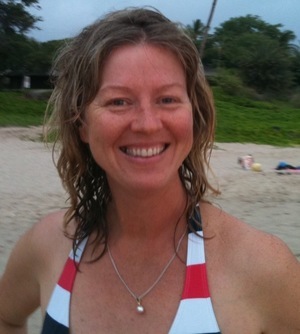 I am writing to thank you for the inspiration your courses have given me. I first worked with Lisa Kaufman in a Screenwriting I course, and her input was invaluable. I could feel that she cared about my work and wanted it to be better. Since then, she has worked with me privately on three screenplays.

My short film “Hi Honey” premiered in Lucerne, Switzerland, then was an official selection at the Rome Independent Film Festival, then won the Golden Honu, Audience Choice Award at the Big Island Film Festival, and it recently played at Hollyshorts at Grauman’s Chinese Theatre 6. And…“Hi Honey” won Best Comedy at the Honolulu Film Awards, and it’s just been nominated for six awards at the Blue Water Film Festival. (It’s great that the crew and cast are being acknowledged.)

I feel so lucky to be in this world of film because I love it.

Tal McThenia was a great teacher as well. He taught me about nuance and the importance of building tension in a scene. And I clearly remember two things he mentioned, about moving a scene forward and wanting the audience to want more.

Right now, I am finishing a TV pilot based on “Hi Honey,” and two other scripts are ready for production—Aiti and The Flower Girl (Jason Greiff, another Gotham teacher, thought of this title).

Thanks so much, Gotham Writers’ Workshop, for your great teachings!