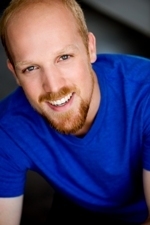 A year and a half ago, I had the opportunity to take the Stand Up Comedy Class with Dave La Barca. I am an actor who has had some success in the theater world having booked two national tours and an Off Off Broadway play in my first year two years in New York.

More and more time started to pass without another acting job and I wanted to stop relying on directors and casting agents to give me the chance to perform. Stand up comedy is one of the most terrifying things you could ever do, so learning to write material in a class setting was very beneficial. Not only did I learn principles of writing comedy, but I was forced to write material every week for others to hear, the most important lesson.

Since the final class performance, I have kept momentum by regularly attending open mics around the city to work on new material and, after a few months, was offered 10-minute spots at CB's Comedy Club and Eastville Comedy Club. After working on a solid 10 minutes of material, I got in contact with a manager who I invited to one of my shows. She enjoyed my set, and we have been working together ever since for auditions in theater, film and comedy opportunities. My original goal was to progress in the acting world by performing stand up and in less than one year I have already seen that happen.

Thanks, Gotham, for offering this class that forced me up onto that empty stage for seven minutes.