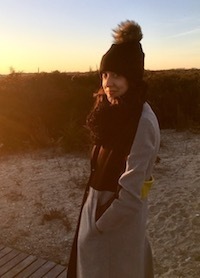 Like many writers, writing is not my full-time job. My “nine-to-five” earns that title, even if throughout those hours I feel my writing in my head and my heart, from within my lungs and deep inside my bones. When I was younger, I balanced my job with taking some writing classes on the side. But as I grew in my career, I told myself I didn’t have the time. It wasn’t economical. My peers were buying houses. I didn’t want a house, but that seemed beside the point. The point was to be practical. Writing wasn’t paying the bills, after all.

Write-Ins are every Friday in the Gotham HQ for a couple of hours after work. It costs twenty dollars, but they feed you and give you wine (my happy hour bills have cost more than that — and this comes with a writing class). In my first class, my fellow students and I were given what seemed an impossible task. Write something based on a prompt. In twenty minutes. Take a break. Then do it again.

I am not a fly-by-the-seat-of-my-pants writer. I am a plotter. In writing, and in life. I was certain that absolutely no good writing was capable of coming out of me in twenty minutes. Nelsie Spencer, the teacher, wrote “Sweet Tooth” on the board.

At the end of the twenty minutes, we had the option of sharing. Some students volunteered. I didn’t, but I felt Nelsie’s eyes on me anyway. “I think you want to share,” she said simply. That night, with the words of encouragement from Nelsie and my classmates coursing through me, I began editing what I had written. A few months later, “Sweet Tooth,” became my first published piece of fiction.

Months later, when I took my second Gotham Write-In, I had no delusions that the same thing would happen. It had been a blip. I wasn’t a writer, after all. “You’re here, right? You write, right?” Mary Donnelly, the teacher, said to the class. “So, you’re a writer, whether or not it pays the bills.”

She wrote “Out of Whack” on the board. Out of whack, I thought. Like there was a muscle that was twisted. Or, a gear that needed to be shifted. A square peg in a round hole. The skeleton of a story had begun to form. “Out of Whack” was published in Flash Fiction Magazine in January.

I embraced my new moniker as a ‘pantser’ this past fall, when I completed my first NaNoWriMo. I wrote 50,000 words in the month of November, and then an additional 30,000 since. I now have a rough first draft of a novel. I never would have thought this was possible in such a short amount of time, nor had the confidence to attempt it without Gotham.

So, thank you, Gotham, for showing me a new way of writing and providing me the space to do it. Thank you Nelsie, for intuiting that I wanted to share before I knew I did, and to Mary for calling a room full of eager, brave, talented, if not slightly unsure, students ‘writers.’ It has meant everything to me.

I still have my full time job, by the way. But as long as I’m writing, I’ll still call myself a writer. Whether or not it ever pays the bills.