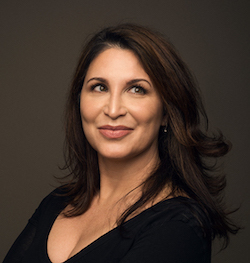 Nine years ago, on a whim, I enrolled in a Memoir I writing class with Marie Carter. I needed a hobby to fill the emotional space between work and single parenting. It didn’t matter that I hadn’t written anything creative since freshman year in college. Anything was better than online dating.

At first, what I wrote could only generously be described as journaling. I cringed at the messy drivel that came out of me. But with the class’s encouragement, and Marie’s clever teaching methods, my writing started to take form. A descriptive line here. A colorful paragraph there. By the end of the course, I learned the basics of structure and dialogue. Writing began to feel like freedom.

After the class, life got busy, as life often does. I wrote when I could, in fits and spurts, until two summers ago, when I found myself, once again with time and space to fill. I got to work on my memoir. In three months, I wrote a first draft, drawing on what I had written in that very first Gotham class.

The result, my book, Tooth and Nail: The Making of a Female Fight Doctor, will be published July 2018 by Hanover Square Press/HarperCollins. It just goes to show: with a little inspiration, and a great teacher, anything is possible.