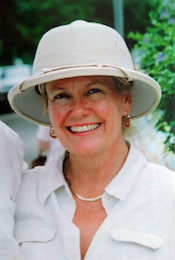 When I took my first lesson in a two-seater Cessna-150 training aircraft, I was 24, the same age as Amelia Earhart. I couldn’t imagine the many ways those flight lessons would transform my life. Within a few months, my crumbling marriage to a violent alcoholic disintegrated and I began my career in aviation.

The year was 1979, women represented 5% of the commercial pilot population worldwide, and I was one of two hundred commercially licensed female pilots in Canada. Soon aftermy career took off, I realized I’d escaped the abuse of one man but flown straight into a storm of harassment and public abuse by many men.

Neither could I imagine that thirty-five years later, I would learn that women still comprise 5% of the commercial pilot population and decide to write my memoir, a layered narrative of my experience as a woman, an inconvenient gender in the Brotopia world of aviation.

My early years of voracious reading conform to the typical profile of writer-in-training. I recorded the tedium of my boring pre-teen life in a pink journal and read after curfew. Even then, I gravitated to true stories, particularly personal success stories. However, because my previous writing experience was limited to scholarly papers at university, aviation training manuals, and the publication of a few niche articles specific to the Maya of Mesoamerica, I knew writing my memoir would require some training.

But not much. After all, my memoir was about me and who knows me better than myself. How hard could it be?

I enrolled in Gotham Writers’ Memoir I and almost immediately realized writing my memoir would be harder than learning to fly an airplane.

Seven years and several fabulous online courses later, the final chapter “Afterword: Women in Aviation” of my completed memoir, Against the Wind, was published as a five-part series by Skies Magazine and I’m preparing to contact an agent.

Thank you for giving me this public opportunity to express my deepest gratitude for the encouragement and guidance provided by my instructors: Shahnaz Habib (Memoir I & II), Mike Dunphy (Travel Writing), Melissa Petro and Lara Ewen (Hit Send: Publishing Short Nonfiction), and to Josh Sippie’s manna from the gods—the Inside Writing Zoom sessions.