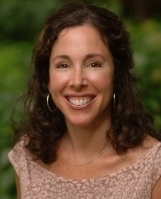 I just learned that Ingram Book's booksellers magazine will be featuring my co-authored novel, Unraveling (available July 7, 2008 from Random House) on the cover of their July/August issue. Here's a recap of how this happened.

In Susan Breen's Fiction 1 class, I revised Unraveling. At the end of this class, we discussed query letters. Armed with one, I handed it to panelists at book events, and snail mailed everywhere. I did not have an agent. Three miracles occurred in just a few months- three houses said I could submit my ms to them. Marking those envelopes “Solicited Manuscriptâ? was a thrill I'd never have dreamed possible before Gotham. Over the next few months, one house passed, another never responded, and one editor sent a letter discussing what worked and what didn't. And, if we revised, she'd take a second look. IF?! Advanced Fiction classes were about to begin and I enrolled, despite missing the early enrollment specials.

Once again workshopping our novel, I came away with suggestions for making the time frame easier to follow, the mother character more sympathetic, and the opening “hookier.â? The pearls of my peers and Susan Breen facilitated enormous changes to the manuscript. Several months later, my co-author and I delivered our stone tablets, Random House made an offer, we accepted (duh), and sought out an agent to finalize contract details. Yes, with a subject line like “have offer, need agentâ? it's not as daunting a process.
Because of Gotham and a large dose of chutzpah, I'm awaiting the birth of Unraveling, first in hardcover and two years later in paperback!

I can be contacted through my website, www.lynnbiederman.com. I hope writers reading this see that it really can happen.