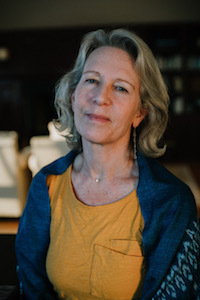 It was Fall 2014 when I took the plunge. I had for a few years a yearning to write a children’s book, a picture book specifically. I even had the “topic”—not the exact story but something I wanted to touch on.

I had played with a few attempts for months but knew that the drafts weren’t very satisfying, lacking lyrical writing, missing that deeper dimension, and not very re-readable. I began to understand that this writing-for children-thing was a craft I knew nothing about, and if I were serious about improving I had better get some help.

I was living in Providence, Rhode Island and often traveled to NYC for plays, films, museums— why not for writing? I did a few searches and found Gotham Writers Workshop. Without any hesitation I signed up for the One-day session with Kody Keplinger—an overview of children’s books.

She read picture books that were far more captivating than the few drafts I had written. I was inspired by Kody’s workshop and I soon signed up for Matthew Cody’s 10-week Children’s Books I class. And I’ve never looked back!

I learned about endearing main characters, enticing hooks, arcs that build tension, various story structures, satisfying endings. We practiced writing, shared our drafts and offered critiques. We learned about the publishing industry, the roles of agents and editors, and supportive groups for writers, like Society for Children’s Book Writers and Illustrators. I knew after completing Matthew’s class that my learning curve was still steep but now I had some traction.

I continued to take classes (a few at Gotham, among others) and go to conferences, I joined two critique groups, I submitted to agents and editors and, after numerous attempts—I got a deal!

My debut picture book Wherever I Go (illustrated by Munir D. Mohammed) was published by Atheneum/S&S in April. It is an uplifting story of a spirited child in a refugee camp who imagines herself as a queen to help her through her daily chores that support her family’s survival. It was inspired by my former life in filmmaking when I produced a documentary on refugee resettlement.

Everyone’s writing journey is unique and becoming a published author is not easy. The road is filled with multiple challenges and numerous rejections. It is also full of new friends and learning and joys. And with commitment, hard work, an open mind, and supportive environments you can (you will) succeed!

Thank you, Kody and Matthew and Gotham Writers for getting me off to a great start. I am forever grateful to you all and I urge fellow writers, no matter your learning curve, to make Gotham a part of your writing community.