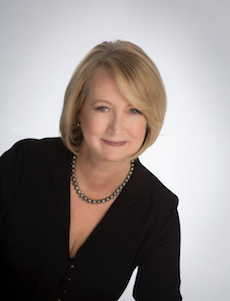 Several years ago I came to the realization that something was missing in my life. Yes, I was successful in my career. With degrees in both science and liberal arts—a BS in physiology from MSU and an MA in Liberal Studies from Wesleyan—I had chosen the route of science, eventually becoming a consultant working to develop drugs for rare diseases.

At the same time, I dabbled in writing and was astonished to have my poetry published in diverse outlets such as Emory University’s Lullwater Review and Yankee Magazine. I actually won an award!

But a blank space inside me was growing. It was as if I retained dual citizenship in two worlds, yet neither was fully satisfying. I wanted to write a novel, one that honored my love for science and allowed my poet-oriented soul to flourish. The longer I waited and dreamed, the more frightened I became. I had no idea what action to take, what path would help me accomplish my desire.

Enter Gotham. After gaining the courage to make contact, I was fortunate enough to speak with Dana Miller. She listened carefully as I explained that none of the classes offered seemed quite right, that I needed more individualized guidance. When Dana suggested the Mentoring program at Gotham, I knew that she was spot on. Still, I was concerned about who my instructor would be. Dana understood my concern. After assessing my style and personality, she felt confident in connecting me with Jane Ratcliffe. Always the scientist, I remained skeptical.

Jane and I scheduled our first phone conversation. Five years later, we are still going strong. In addition to being a successful author, Jane turned out to be a most amazing development editor and the best match possible for me. (Thank you, thank you, Dana!) To put it simply, Jane ‘gets me’. She possesses the rare talent of nurturing creativity while providing important critical feedback. After working with Jane, I would recommend the Mentoring program to other writers in my situation. Under Jane’s guidance and with Gotham’s support, I was able to transform my desire of wanting to write a novel into actually completing one.

I am excited to inform you that my manuscript Beautiful Pieces recently caught the eye of literary agent Sharon Green who has offered me representation with ICM Partners. Sharon is truly amazing and our working relationship is nothing short of magical.

Thanks again to Gotham for the support and guidance offered by your mentoring program.