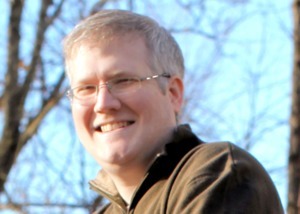 When I discovered Gotham Writers Workshop, I was an attorney in a corporate legal group. I spent my days reviewing contracts in a windowless converted file room divided into six tiny cubicles. Desperate for a creative outlet and stymied by my inability to complete a project without a deadline, I signed up for classes.

I initially chose the Science Fiction Writing class, but because it didn’t start right away, I signed up for Screenwriting I as well. I had some interest in screenwriting, but I had never pursued it seriously. Impulsively jumping into Daniel Noah’s Screenwriting I class turned out to be a fateful decision. After a great 10 weeks of class, Daniel encouraged me to “push this thing all the way.” He has remained a friend and mentor in the years since, and if I had not taken his GWW class, none of the success I’ve enjoyed since could have happened.

Since completing that class, I’ve completed six feature screenplays and a number of shorter ones, I’ve placed in the top 10-15 percent of the Nicholl Fellowships the last three years in a row, and I’ve placed in the Semifinals in the Scriptapalooza contest, as well as Quarterfinalist and above in many others (including the ASA/Gotham contest). Best of all, this March I was hired to script the action/thriller feature film Time Clockfor Scorpio Studios.

I also learned a great deal in the Science Fiction Writing class that was my initial choice at Gotham. My short story “Testament,” which I wrote and workshopped in Michaela Roessner’s class, was published in the small-press science fiction magazineResident Aliens. It recently placed second in the Critters.org Preditors & Editors Poll in the “Best Science Fiction/Fantasy Story of the Year” category. I’ve also had many other short stories published in various anthologies and magazines, and my story “Planetfall” was turned into a podcast on Escape Pod, and is available on iTunes.

In the years since I took those classes, I’ve quit my corporate job, and now when people ask me what I do, I feel like I can honestly tell them that I’m a professional writer (as opposed to a lawyer with a pipe dream). It still feels a bit unreal, but I’m getting used to it.

I can only hope that the future holds continued writing success for me—but I know that I could not have gotten this far without learning at Gotham. Thanks for all that you do.