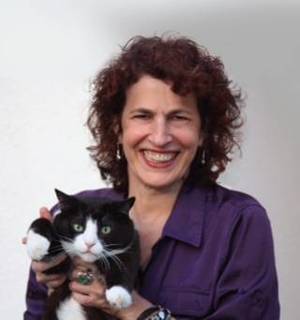 I want to thank Gotham because my life changed after taking your Nonfiction 101 course. My book The Secrets of Lost Cats, published by St. Martin's Press, was released on July 23, 2013. And lucky me: Publisher's Weekly has chosen it as one of the Top Ten Memoirs of 2013.

Before starting at Gotham, writing had been my shabby secret. Although I thought that I had a decent idea for a book, I lacked the skills to write it. A friend of mine told me to sign up at Gotham and take a class in the Village. Ashley Shelby, an accomplished author and editor at Penguin, was an outstanding and thorough teacher, and she gave me measured and positive feedback—enough encouragement to turn my dream of writing a book into reality. My classmates were warm and interesting people from all walks of life who wrote well but, like me, still needed to learn some basics.

I worked on my manuscript in and out of class. My story was born from the aftermath of having to make a lost cat poster and then search for my missing cat. I had a fortunate outcome, but I wondered about other cat owners. Were they finding their cats? I then began calling the owners on lost cat posters. Their stories ranged from hilarious to poignant. It was Ashley who steered me towards a better book, more than I had imagined it to be. She said that as a psychotherapist I wrote well about other people, but that I was afraid of my own voice. I fought her, but she was right. I had a personal and professional memoir about love and resilience within a book about lost and found cats. Finding an agent and a publisher was a challenge, but that's a different story about resilience.

After my great experience at Gotham I have sent many friends and clients to Gotham. I’ve taken Script Analysis twice because it was thought provoking, fun, and how could I flunk Humphrey Bogart?

I thank Gotham for offering an affordable and rich education. I love Gotham.