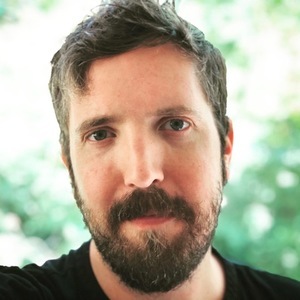 I was a creative writing major in college, so obviously I wound up in the wine business. The food and drink industry is a natural fit for stymied writers, whether they arrive there naturally or due to the inexorable pressure of daily economics, i.e. needing to pay the rent. For me it was a little bit of both, and I spent eleven years gaining not only wine knowledge, but a pretty solid grasp on good food, good restaurants, good chefs, and the systems and foodways that fuel them.

So when I decided that I wanted to write about food and wine for a living, most of the pieces were already in place. I had expertise, resources, contacts, and (hopefully) ability. And I had what I had lacked as a younger and mildly wayward college graduate, namely the discipline to simply sit down and start typing. The only thing I needed was a place to start

I found it in Gotham’s Food Writing course, taught by Andrew Collins. The class was equal parts dreamy inspiration and practical how-to, curated by Andrew and defined by the open-minded dialogue between instructor and classmates. I learned basic journalistic structure that had somehow been missing from my writing background. I learned how to accept criticism, and reign in some of my more florid tendencies (I think the term “pleasure overdose” was deployed by one of my classmates). I learned how it felt to write all the time, diligently and patiently, with no real regard for the outcome.

But the most extraordinary thing I learned from my Gotham class was that what I wanted to do was actually possible. When we got to the section on pitching your work, I had an epiphanic “ah so that’show you do it” moment—a moment that ended up breaking the whole thing open for me.

I pitched a story to Indy Week, my local weekly in the Durham/Raleigh/Chapel Hill area. My pitch was rejected—in its place I was given an assignment, to write an 800-word piece on the growing popularity of natural wine, a subject about which I know a thing or two. I turned in 1500 words, and instead of cutting it down they gave my piece a two-page spread and made it the cover story.

Six months later, and I write monthly long-form restaurant reviews for Indy Week, which is essentially my dream job.

At least it would be if it paid better. Andrew’s class taught me that getting published was within reach, but also that making an actual living writing about food and wine was a good deal more difficult, which I am now learning firsthand.

This isn’t a living, yet. But I think it could be, and I have Gotham to thank for that.