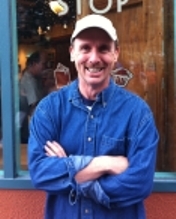 When I signed up for my first Gotham course, Science Fiction/Fantasy I, I read some success stories from other students that were inspirational. I thought I would now share mine.

My SF I class was a Christmas gift from my wife who demanded that I follow the path my increasingly boisterous creativity demanded. The class was such a great experience, I followed it up with SF II the next year. Both classes honed my writing skills and introduced me to some amazing fellow students. The classes also taught me how to get published, where to find markets for short stories, and how to prepare a manuscript. The business side of writing wasn't the mystery it used to be.

Within a few months of the end of SF II, I had a short story published. A few months later, a second. In December, a third was released as a podcast by Tales of Old. I will be able to brag to my musically talented brother that I am on iTunes before he is.

But the most amazing development came from an opportunity our instructor brought to our attention. She told us about an open call for novel manuscripts at Samhain Publishing, where Don D'Auria was starting a new horror line. I applied what I had learned in class to polish a story and then submitted it. Well, I nearly had a heart attack when it got accepted. So my novel Dark Inspiration went on sale in November in e-book format and will be released in paperback in February 2012. Yesterday, my second novel Sacrifice was also accepted for publication in 2012.

Gotham classes made the success I have today possible. But it isn't just me. When class ended, six other Gotham grads and I formed the Minnows Literary Group, in order to continue sharpening our skills. Members of that group have since won multiple poetry contests, published short stories, and been invited as guest writers for online magazines.

Anyone out there wondering if an online writing class can really be worthwhile should wonder no more. Gotham is the place to be.