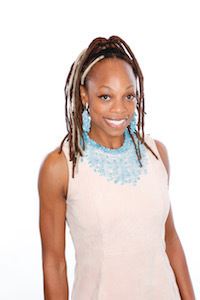 “Education is the skeleton key to the world.” ~The Reverend Dr. James J. Thomas

In 2012, NBCUniversal hired me to be a Contracts Attorney. Lawyers, and other corporate leads, were widely nicknamed the “Suits” in the entertainment industry.

My office was across the street from the soundstages—called “the lot”—where we filmed some of our TV shows and movies. The lot also had the offices for the executives who were responsible for the creative development of our projects—the “Creatives.”

There was hardly any interaction between the Suits and the Creatives. It wasn’t like the Sharks and the Jets, there just wasn’t much reason for us to talk. I drafted and negotiated contracts for our writers, directors, and actors—our “Artists” and “Talent”—based off of written deal memos, not by speaking with the Creatives.

Instead of solely drafting contracts, my group would also be responsible for handling the law-related aspects of all of our productions. We added a new angle to our old title: Production Lawyer. I had no idea what it meant to be a Production Lawyer.

I went to a colleague who had handled that type of work before. She handed me a thick stack of documents.

“You have to go through these and make sure there’s nothing that will get us in hot water legally.”

I flipped through the pages and saw dialogue, action lines, camera directions. They were scripts. As I read through them, it really clicked for me that the shows that I loved began as simple black text on white pages.

Late in 2014, while on a break at work, I decided to write a screenplay. I sat down in my office before my computer and placed a script from one of our shows beside me. I opened up a blank Word document and hovered my hands over the keys to create a masterpiece. Except. . . my hands were frozen. I didn’t know what I was doing.

I looked at the sample script and considered the many before it that I had vetted for legal issues. I knew that mine had to be a certain number of pages, with margins of a set distance, and different styles for dialogue versus description. I didn’t know the exact details for any of those aspects though.

Beyond formatting, I was ignorant about how to massage the plot to evoke my desired response. The best shows had scripts that were interesting from the first page to the last. How did they do that?

Even though he had passed away years earlier, I heard the voice of my grandpa, Papa Jim, in my ear: “If you want more doors to open, go to school. Education is the skeleton key to the world.”

I looked up screenwriting courses, read reviews, and asked around to gauge the industry clout of the options. I decided against full-time schools because I wanted to keep my job—and the paycheck. In addition to other programs that I studied under, Gotham Writers Workshop was an exceptional choice because of the fair pricing, breadth of topics, flexibility of online schedules, and skill of the caring instructors.

Your lessons helped me win a place in “Writers On The Verge,” where, out of over 2,300 applicants, after two rounds of blind script reads, and a panel interview of three people, I was one of eight Fellows selected to pitch, write, and develop TV projects in collaboration with NBC. This past spring, I was also tapped to write on a family drama series at Netflix.

The most recent TV contract that I worked on was my own.

To Gotham Writers Workshop founders Jeff Fligelman and David Grae, President Alex Steele, my teachers Lisa Kaufman and Jason Greiff (twice!), and the entire GW tribe, thank you so much for helping transform me into both a Suit anda Creative!