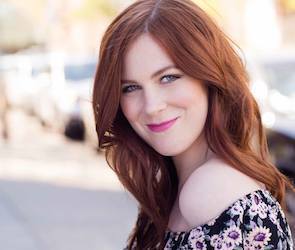 Three years ago when I arrived at the first session of a Screenwriting I class, I had never written anything before and I was petrified. I had been working professionally as an actress on both coasts, and like many a fan of the Brit Marlings (Netflix’s The O.A.) or the Greta Gerwigs of the world, I had writing aspirations. But as I had never so much as opened Final Draft, I was also an absolute, certified beginner.

I struggled through that first semester. As a performer I had a flair for dialogue, but structure and plot evaded me. My diligent and brilliant teacher, Jason Greiff, offered me endless encouragement and feedback, but I felt like my writing failed to live up to my own taste. My exposition was clumsy, the action seemed to go nowhere. I grew frustrated. But I wrote furiously and through Jason’s infinite patience, I continued to plod through that dreaded first draft. It was painful.

But then, suddenly it was done!

Many, rewrites later, that screenplay bloomed into something I was actually really proud of. The following winter after taking that first class, I went into production on Ovum, my first ever feature film. I served as writer, producer and lead actress. It was very surreal.

Ovum ended up getting into a bevy of film festivals over the next six months. We were fortunate enough to win Best Picture at the Big Apple Film Festival (chosen by a jury from IndieWire, HBO, and Film Buff), Best Dark Comedy at The Manhattan Film Festival, and I was given the Indie Soul Special Recognition for Acting award at The Boston International Film Festival.

I also landed literary representation at a top management company in LA. None of it felt real. The film ended up being picked up by a distributor (Sony’s The Orchard) and I’m excited to say that in April my movie came out on Video On Demand, digitally (on iTunes, Amazon and Google Play!) and on DVD.

I really believe that none of this would have been possible without having taken Jason’s incredible screenwriting class and I can’t thank Gotham enough.