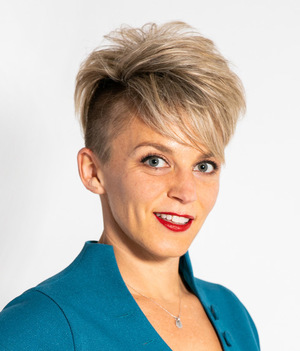 It’s been just over a decade, but I still have distinctive memories of the first day of my Gotham course, Fiction Writing I. Steeling myself with a vodka cranberry at the overpriced pop-up bar at Bryant Park beforehand; instructor Carole Buggé sweeping into the room in a mountain of scarves and winter coats; our first activity: writing a scene about the person beside us based solely on appearances.

I’d lost my wedding ring a few months before, and my partner was mortified to have devoted her whole piece to me getting ready for a blind date. I took no offense. I’d sent her on a scatterbrained hunt for her cell phone (it was in the fridge, so she wouldn’t forget the dessert she was taking to a party).

I know that I volunteered to submit work right away, and the second week, my unwitting classmates received ten pages of daydreams I’d typed up to stave off boredom during a brief stint as a receptionist a few years before. They were very kind about the meandering snippet; my “voice” was complimented, and the general consensus was that the piece would benefit from a little something called “plot.”

In the weeks that followed, we read the first chapter of War and Peace, works by Flannery O’Connor, and on one particularly memorable occasion, I made a comment about male ducks being sexually aggressive, completely derailing the class with a description of corkscrew penises and labyrinthine female duck anatomy.

The legacy of that particular class extended far beyond its ten-week run and unexpected waterfowl-based bon mots, as eight of us so enjoyed our time together that we decided to keep meeting. Dubbed the Second Drafters, we’d gather in bars, restaurants, and living rooms, discussing short stories and exchanging work, using the same “two items of ‘warm’ feedback, two items of ‘cool’ feedback,” guideline from Gotham. Participation fluctuated, with some folks bowing out over the years and new writers joining. The group was still going strong after I moved from NYC in 2014, only formally disbanding in 2019.

In the years since I’ve participated in other writing groups. My crew in Seattle became as much a social club as a writing community, and the handful of coffee shop-dwelling memoirists in Boulder politely tolerated the aspiring novelist in their midst.

My recently released novel A Certain Appeal wouldn’t have happened without the team of writers who read and commented on my every chapter via CritiqueCircle.com. But the Gotham group was, and remains, my writing family.