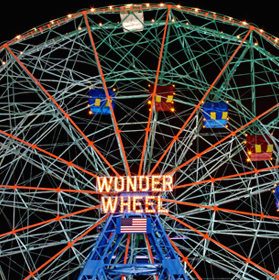 We gave you a contest that let you wander wherever you like.

The rules: Give us a story of any kind, true or made up. Prose, poetry, script, whatever.

The only catch: It must be 25 words or fewer. (You get extra words for a title.)

Challenging? Yes. As the saying goes, "If I had more time, I would have written you a shorter letter." (No one knows who said this. It's been attributed to numerous people including, Mark Twain, Winston Churchill, and Pliny the Younger.)

Here we present the winner and five finalists:

Monday 7:47AM Two unopened packs of cigarettes lay in my glove box waiting to burn through my lungs the way your tongue used to.

How Do You Mend
His fragile heart was made from glass that had been splintered by spiteful partners and could hold no love...until he met Julie. A glassblower.

Forty-One Years, Five Months, Six Days
Home free, or so we thought. Then the new CAT scan showed metastasis, everywhere. Our life together was over, except for the dying.

Mating Season
He called me skinny so I called him short and when he said I'd never get with Martha I rammed him with my tusks.