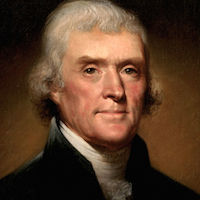 We invited you to invent a word. Not just any word. A word you think will greatly enhance the English language.

Interestingly, there are words that mean “invented words”; the fancy word is neologism (invented by Thomas Jefferson) and the informal word is sniglet (invented by Rich Hall).

You were asked to create the word, define it, and use it in a sentence.

Here we present the winner and finalists:

Froggletop describes the instance when a person struggles to remove their t-shirt from over their head while lifting from the bottom hem, typically finishing with the t-shirt turning inside out.

Trevor tried to swap jerseys with his opponent but he’d gotten so sweaty that he’d found himself thoroughly froggletopped.

Morabia describes the knowledge that nothing can be known; it is the weight of the world when one imagines what cannot be seen; it is the panic that comes with realising that one is not looking up into the sky, but looking down into an abyss.

Alone at home, she was content with drinking her tea until a sudden case of morabia seized her.

A barbette is a passionate argument tightly constrained by politeness.

After Jackson passed away, a barbette ensued between the two families over who should inherit the ancient crest.

Chupple means to act foolishly with the sole purpose of bringing joy to others.

Danny would do anything to make his baby sister smile, including chuppling around and making himself look like an idiot.

And though we discouraged morphing (pushing two words together), this one was too good to resist:

Punctuanxious describes the sensation of feeling uneasy about one’s punctuation.

I’m so punctuanxious; I feel like everybody’s judging my semicolons.