“You Will Be Found” College Essay Writing Challenge—2019 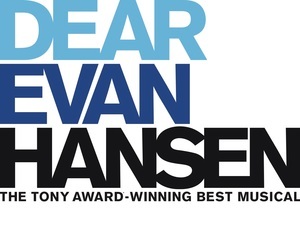 Dear Evan Hansen is the deeply personal and profoundly contemporary Broadway phenomenon. Evan Hansen is about to get the one thing he’s always wanted: a chance to finally fit in.


The show’s breakout song, the Act One finale, is “You Will Be Found.” Read and listen to the lyrics for the song, written by the composers Benj Pasek and Justin Paul, and watch the virtual choir version of it created by Dear Evan Hansen and performed by its fans, HERE.

We invite 11th-grade and 12th-grade students in New York City to write a college-application style essay (no longer than 650-words) that describes how “You Will Be Found” resonates with and inspires you. Did it prompt you to challenge your thinking or actions in some way? Was it a catalyst for personal growth? Explain the song’s significance to you, and its impact on your life.

Here we present the winner and finalists:

“What language do you speak?”
“Chinese– Cantonese, actually,” I automatically replied, picking up my chopsticks, unaware of the band of girls surrounding me in the cafeteria of my new school. I instinctively made the mistake of giving them the answer they wanted to hear: not that my native language was English, but that I spoke Chinese. It didn’t matter what dialect I spoke, or how well I spoke, but it was the fact that I had the misfortune of being Chinese which allowed them to prey on my foreignness.
“Cantonese? C-CANTONESE?” The ringleader sneered, launching spit all over my lunch, followed by a dry “Sorry, that was an accident.”
I vividly recall the crinkles around her cruel eyes, blue as ice, and the sharp laughter that echoes in my head like a soundtrack to this day. It was an act of hostility, a signal for her pack to follow her lead.
“C-C-Cantonese!”
“Ching chong!”
Sucking in my breath, I shut my eyes tightly as if it would stop the chaos from escalating, but there was the sickening feeling of their saliva sticking to my hot, fleshy cheeks. Lacking nutrients, my body refused to make a physical response. I was in an agonizing whirlpool trying to battle the vacuum in my stomach, my insides churning what little was in my stomach. Even larger was the hunger to escape from my humiliation and my skin. I ached to run out of the cafeteria, to disappear, to scream at the world for placing me in the yellow skin that I was in. I ached to yell at my parents for teaching me Cantonese. I ached to be white. But I sat frozen, tightly gripping onto the chopsticks and my identity.
Unamused by my reaction, the ringleader decides to target her next prey and pounce with the rest of her followers. I put on my headphones, turned off the world and turned to a new soundtrack. “You Will Be Found” was first on my playlist. I took a moment to purge my sinful thoughts as I listened to the heart-sinking chords of the opening; its rhythm pulsed as my heart pounded. As if Evan Hansen is right beside me asking me if I ever felt like I could disappear, all my trust was placed in the lyrics transporting me safely to a new realization. If this vessel sank, my identity would go with it. The song’s lyrics became a barrier to my embarrassment, the crescendo in the final chorus became a beacon of hope uplifting this vessel. There is a new rhythm in my head, but it is quiet. In fact, no-one hears it; it makes no noise because my thoughts are here in this song.
Though the girls had committed an awful wrong, a greater wrong I had committed. My apathy toward my own ethnicity reflected something far more disturbing than wanting to undo something beyond my control, more despicable than losing my ethnic pride: I was at war with myself, feeling like I was alone in the battle.
My Chinese eyes released Chinese tears down Chinese cheeks onto the contaminated takeout box, which was ruined by the painful bullets of white power. The ruined lunch, in a roundabout way, represented the malicious fragments of my identity lost: my ignorance, my shame, my hunger. Forming in me was a new consciousness that a Chinese girl should not have to be afraid of being Chinese because a white girl did not have to be afraid of being white. It was through letting go of those fragments of my identity that, for the first time, I accepted I did not have to be afraid of feeling lost because that was how Evan Hansen found me.