“You Will Be Found” College Essay Writing Challenge Winners—2021 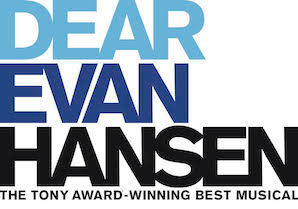 Dear Evan Hansen is the deeply personal and profoundly contemporary Broadway musical, and its breakout song is the Act One finale, “You Will Be Found.” Evan Hansen is about to find the one thing he’s always wanted: a chance to finally fit in.

During the past year, finding connection has never been more integral to our daily lives, yet it's also required more creativity than ever to maintain it.

The Broadway Education Alliance, the production of Dear Evan Hansen, and Gotham Writers invite 11th-grade and 12th-grade students to write a college-application style essay (no longer than 650-words) that describes how you have managed to ensure those around you were a little less alone in recent months – or, alternatively, a moment where you yourself have found comfort in connection.

Here we present the winners and finalists:

Gram·pun·cle [geram-puhn-cuul] n. A gay man who formerly dated your grandmother only to later come to terms with his sexuality but still stay in the family to take care of your mother and aunt growing up.

Alan Palmer was my Grampuncle. When my cousins and I were younger, we couldn’t figure out what to call him. He was our grandpa in terms of age and raising our mothers, but he functioned more as the classic “fun gay uncle”, so we settled on a combination, Grampuncle. While we all had amazing relationships with Alan, mine was special. I have known Alan and his husband, Bill, since birth (making them the first ever gay couple I knew in my life).

Growing up and struggling with my sexuality, I was always able to look up to them to show me that true love really does have no boundaries. I will never forget, in 2015, standing inside the Michigan courthouse beside Alan as he and Bill exchanged vows and got married. They showed me, a young, insecure gay boy, that there was a place for me in the world and that I had a future to look forward to filled with love and joy.

Along with that joy, there eventually came some pain. Alan was diagnosed with stage 4 lung cancer in the early spring of 2020. A week or so after the diagnosis, the world fell into a global pandemic. Those first few months were intense. I heard the horror stories from Alan of how scary it was going into the hospital for rounds of chemotherapy with people who had the Coronavirus sitting in the next wing over. Being constantly in and out of the hospital he was a risk to others, and the lung cancer made almost everyone else a risk to him. With the exception of his husband, he was fully alone.

Alan did not admit to his loneliness and pain. He did not want to feel like a burden, but after talking with Bill and hearing how Alan was truly feeling, my family began to make the hour and a half drive from Chicago to Michigan almost every other week to visit. We brought Alan a pop-up gazebo and some fancy sun hats to protect him (with the radiation he could not be in the sun for more than a few minutes at a time), and we would sit in the backyard just talking and laughing for hours until Alan’s body would give in to the exhaustion and he had to go inside.

As his birthday approached, I racked my brain thinking of something special to do for him. I thought back to a video I saw online toward the beginning of the pandemic and decided to make a “hug shield”. What better gift to give than a loved one’s embrace during the pandemic? Using a clear painter’s tarp, I cut arm holes and taped together closed arm sleeves. It took a good few hours, but I finally figured out a design that allowed for full protection on either side of the hug. On the day of his birthday, we packed up the car and headed to Michigan.

After talking and eating cake, it was time for the surprise. As we pulled the shield out and hung it from the gazebo, Alan did something I had only seen at the courthouse; he cried. I had the honor of the first hug, and as I slipped my arms into the sleeves Alan and I held each other and cried together. He pressed his forehead against mine through the plastic and in between sobs he said to me, “I am so proud of you.” I knew this was our final goodbye. When Alan died the next week, I knew he went in peace. He had felt my embrace through the shield of love.