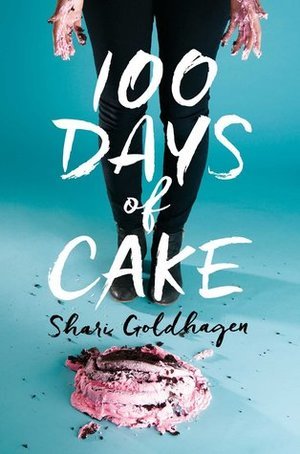 It’s been summer break for four hours, and Alex McDermott and I are already on our third Golden Girls rerun and our second container of house special lo mein.

Sitting cross-legged on the counter at FishTopia Saltwater Fish & Supplies, we’re staring at the ancient TV above the register, passing the carton of noodles between us, and basking in the thin wave of air from the oscillating fan that blows our direction every few seconds.

“Molly, you’re hogging all the good air.” Alex scoots closer to me, near enough that our shorts and thighs are practically touching, and I’m thankful I was motivated enough to shave my legs this morning; some days it’s a stretch.

“Shouldn’t you be sweeping or something?” I nudge his shoulder with mine, and he rolls his eyes. Since the place opened two years ago, I don’t think anyone has ever taken the broom out of the supply closet in the back, much less attempted to use it. The handful of customers who come in never complain, and the owner, Charlie, pops in only once a week to do inventory and drop off our checks.

“If Chuck graces us with his presence, I’ll point out that he’s violating just about a thousand labor laws for not having AC in this place.” Alex gives this cute crooked smile, and a dimple pops into his cheek. “Seriously, this cannot be good for the fish.”

Like me, Alex is a junior (technically we’re seniors now, I guess), but he goes to Maxwell—Coral Cove’s other high school, across town. When we started working here after school and on weekends, I wasn’t sure we’d have much in common. He’s in a band, and there was this steady stream of girls with inky dyed hair and Hot Topic graphic T-shirts who used to come in here and flirt with him. But it turns out Golden Girls and take-out noodles are some kind of universal language; Alex and I were fast friends from the first time we stumbled upon an episode and he said Betty White was the bomb.

We’ve seen this episode at least four times in the past six months alone. It’s the one where Blanche, Rose, Sophia, and Dorothy put on a production of Henny Penny at an elementary school, and they’re all wearing these ridiculous leotards and feather headpieces. Knowing when the jokes are coming only makes it funnier; sometimes I crack up just seeing Rose on screen.

“Your wife again?” Alex asks, and I scrunch up my face in mock annoyance, but it is the third time Elle has called in the past ninety minutes, and Elle and I have been best friends since kindergarten, which is a lot longer than either of our parents were married, if you think about it that way.

I wander into an aisle of clown fish and guppies for moderate privacy.