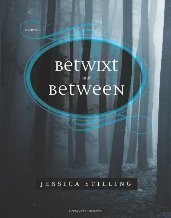 Gotham teacher Jessica Stilling (Sticklor) recently saw the release of her novel Betwixt and Between. When Preston, a ten-year-old boy, dies from eating a poison cookie, he awakes in Neverland. Turns out Neverland is a place where boys who die too soon linger in limbo, under the tutelage of Peter Pan, until their families find peace. But Preston must find a way back to the real world to stop his killer from taking other victims. Publishers Weekly says the book is, “provocative and poignant, rich with emotion and powerfully described, laced with profound contemplations about dying too soon and growing up too quickly.”

Here is a glimpse of the novel’s opening:

There was something about the silence in the house at nine o’clock, something heavy and final. It wasn’t like most days, when nine o’clock was a time to wind down, letting the house rest as if it too were about to head off to bed after the dishes had been put away, the final clutter shuffled into closets or onto shelves, the sturdy pockets of the house. Preston went to bed at eight fifteen, and Matthew, home from work three hours earlier, would already have eaten dinner—on a weekday something simple, maybe a slice of glazed chicken, spiced rice and green beans—and gone to the study to get some work done. The dishes would have been washed and dried, or Claire might have had her hands in the sink, just finishing up. Nine o’clock was an hour before ten, when she would sit down with a recorded sitcom she hadn’t had time to watch during the day, a cup of tea resting on the coffee table, maybe a low-calorie cookie wedged in the saucer. She’d rest her head against the cushions of the couch as she unwound herself from the knots she’d been tied up in all day.

But tonight wasn’t that kind of quiet; tonight’s quiet raged in Claire’s head like her ears were stuffed up and she could see the mouths moving though they did not make a sound. Matthew had been in and out of the house since returning from work. He’d canvassed the neighborhood and come back with his shoulders hunched as he shook his head “no,” barely meeting Claire’s eyes. That had been at seven and again at eight, after Claire had managed, because her mother on the phone from Chicago had insisted that she eat something, to choke down two slices of flimsy Wonderbread. She’d felt the food in her mouth, squashed between her teeth and never before had it felt so naked, so bare, as if the truth about food had finally come out and it really was only fuel so that she might pace the kitchen for another hour, so she could place phone calls and rush to a ringing receiver or check out the windows to see if anything had moved in the wooded lot they called a yard.

The house was dark; Claire had only remembered to keep a lamp on in the living room and the cooking light above the stove lit as she paced between the rooms. Everything was strange, as if nine o’clock had come at the wrong time, as if this wasn’t the real world, this house with blue curtains and lacey throw pillows, this house that smelled of thin, country dish soap and juniper hand lotion, where all the knickknacks came from antique stores, consignment shops and specialty outlets in West Stockbridge.

….A shrill shriek cut through the air and Claire turned around. The sound came from nowhere, a spot she could not place and she thought briefly that aliens had landed before she realized the sound was only the telephone.


Reprinted by permission of Ig Publishing.

Learn more about Jessica and her book here.