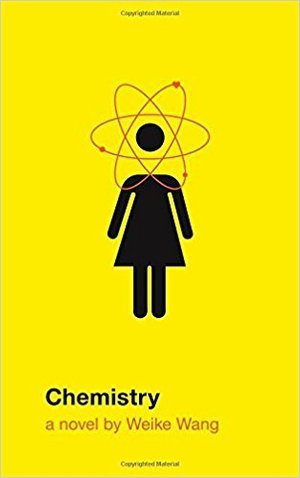 The boy asks the girl a question. It is a question of marriage. Ask me again tomorrow, she says and he says, that’s not how this works.

Diamond is no longer the hardest mineral known to man. New Scientist reports that lonsdaleite is. Lonsdaleite is 58 percent harder than diamond and forms only when meteorites smash themselves into Earth.

The lab mate says to make a list of pros and cons.

Write it all down, prove it to yourself.

She then nods sympathetically and pats me on the arm.

The lab mate is a solver of hard problems. Her desk is next to mine but is neater and more result-producing.

Big deal, she says of her many, many publications and doesn’t take herself too seriously, is busy but not that busy, talks about things other than chemistry.

I find her outlook refreshing, yet strange. If I were that accomplished, I would casually bring up my published papers in conversation. Have you read so and so? Because it is quite worth your time. The tables alone are beautiful and well formatted.

I have only one paper out. The tables are in fact very beautiful, all clear and double spaced line borders. All succinct and informative titles.

Somewhere I read that the average number of readers for a scientific paper is 0.6.

So I make the list. The pros are extensive.

Eric cooks dinner. Eric cooks great dinners. Eric hands me the toothbrush with toothpaste on it and sometimes even sticks it in my mouth. Eric takes out the trash, the recycling, waters all our plants because I can’t seem to remember that they’re living things. These leaves feel crunchy, he said after the week that he was gone.

He goes that week to California for a conference with other young and established chemists.

Also Eric drives me to lab when it’s too rainy to bike. Boston sees a great deal of rain. Sometimes the rain comes down horizontal and hits the face.

Also Eric walks the dog. We have a dog. Eric got him for me.

I realize that I don’t have any cons. I knew this going in.

It is a half list, I tell the lab mate the next day, and she offers to buy me a cookie.

In lab, there are two boxes filled with argon. It is where I do highly sensitive chemistry, the kind that can never see air. Once air is let in, the chemicals catch fire. It is also where I wish to put my head on days of nothing going right.

Catalysts make reactions go faster. They lower activation energy, which is the indecision each reaction faces before committing to its path.

What use is this work in the long run? I ask myself in the room when I am alone. The solvent room officially, but I have renamed it the Fortress of Solitude.

Eric is no longer in this lab. He graduated last year and is now in another lab. A chemistry PhD takes at least five years to complete. We met when I was in my first year and he was in his third.

Now I walk around our apartment and trip over his stuff, big black drum bags and steel pots and carboys with brown liquid fermenting inside. Eric plays the drums and brews beer. One con is how much space these two hobbies take up, but this is outweighed by the beer that I like to drink and the drums that I like to hear.

To learn more about Weike Wang and her book, go here.