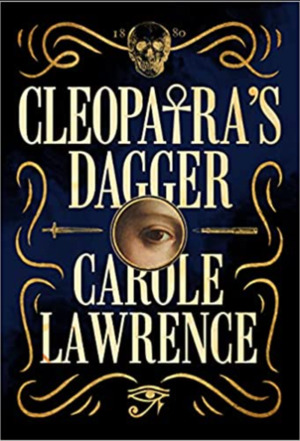 In this scene, Elizabeth van den Broek visits the city morgue at Bellevue, guided by the morgue attendant, Viktor Novak, to view the body of the killer’s first victim, who has yet to be identified. She is accompanied by the Herald’s staff photographer, Freddy Evans.

“Ah, here she is!” he exclaimed, examining one of the cards. Seizing the handle of the drawer, he gave it a yank, and it slid smoothly forward on metal rollers.

Elizabeth wasn’t sure what she had expected, but at the sight of the pale white face, her breath caught in her throat. Even in death, it was easy to see the young woman’s beauty—her heart-shaped face and small, pointed chin making her appear even younger than she probably had been in life. But what struck Elizabeth most of all was the curious shade of white-blond hair—the same color as on the woman she had seen from the train. The sight of her lying cold and still removed any doubt. Elizabeth had been a witness—perhaps the only one except her killer—to her death. She said nothing; for now, at least, she thought it was best kept to herself.

A simple white sheet covered the slim form, which appeared even paler than the bodies in the other room. A purple bruise encircled her porcelain throat, but her face was unmarred. Elizabeth turned to see Freddy preparing his photography equipment, setting the camera on the sturdy wooden tripod.

“I understand she has not yet been identified,” Elizabeth said as Viktor Novak gently brushed the long pale locks from her face.

“No, poor thing,” he said, his face expressing sorrow for the first time since they had arrived. “Though, sadly, that’s not so unusual here. You’d be surprised at how many people who turn up here leave unclaimed by relatives or loved ones.”

“’Scuse me,” said Freddy from behind his camera. “I’m ready t’go now, so if you don’ mind steppin’ away for a moment, I’ll get on wiffit.”

“By all means,” Novak said, as he and Elizabeth removed themselves to the side of the room. Novak withdrew a pipe from his jacket pocket. Filling the pipe, he lit and drew on it thoughtfully while Freddy worked, moving the camera to get various angles of the dead girl’s face.

“There is clearly evidence of strangulation, but I understand the coroner has ruled the cause of death to be exsanguination,” Elizabeth remarked.

“It’s most extraordinary,” Novak replied. “There are no obvious gaping wounds, as one might expect—no gunshots or deep knife slashes, but I did find one curious thing.”

“Oh? What’s that?” Elizabeth asked as Freddy waved to them.

“All right, I’m finished,” he said, moving from behind his camera. “I think I got enough shots that at least one of ’em should turn out.”

“Allow me to show you,” Mr. Novak said as they approached the girl on the metal slab. Turning her head gently to one side, he pointed to the left side of her neck. “Here.”

Elizabeth bent over the body, inhaling the faint, slightly sweet aroma of decay. An unusual design had been carved into the side of her neck: a long, flat rectangle on top of three very small, evenly spaced circles.

“It seems to be a symbol of some kind.”

“It appears to be the wound through which her blood was drained. It is positioned right over the jugular vein.”

“Can you take a clear picture of it, Freddy?” Elizabeth asked.

“I studied medicine in hopes of becoming a coroner, but my family’s financial situation . . . Luckily, I found good employment here.”

“It would not take long to die of blood loss. And she may have been unconscious when he . . . well. The really curious thing, though, is that her body was drained of virtually all its blood.”

“What kinda fiend would do somethin’ like that?” asked Freddy.

Elizabeth looked at him, thinking he was making a dark joke, but he was not smiling.

“Vampires don’t exist,” she said. “They’re just folklore.” But even as she said it, her words sounded as hollow and empty as the poor shell of humanity lying on the cold metal slab in front of her.

Reprinted with permission from Thomas & Mercer - you can learn more about Carole and her work here.