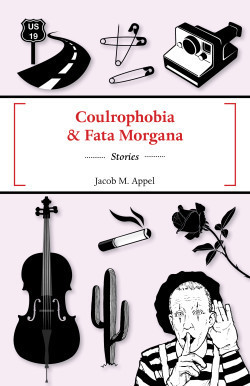 My father fancied himself a shrewd landlord—he refused to rent to lawyers, the children of lawyers, even a college girl who “had law school written all over her”—but he bit off too much when he sublet to the mime. That was the summer after I turned eleven, when we lived in the dilapidated Oakland duplex that my father billed as South Berkeley in the real estate listings. The structure itself was an ugly stucco cube, topped with red slate. But it sat at the end of a row of once fashionable ranch houses and bungalows, in their first throes of gentrification, shaded by eucalyptus trees and jacaranda. The colorful hedgerows—hibiscus, thundercloud plums, bougainvillea—lent our place a false air of elegance, though you didn’t have to look too closely to spot the cracked terracotta and chipped paint. After the computer science department terminated my father’s graduate studies (a parting he blamed on politics and they attributed to plagiarism), he’d paid the bills by renting the other half of the duplex, the portion he’d been using as a storeroom and study, to a hippie-turned-clairvoyant who conducted séances in her kitchen. Aquamarine—that was her nom de guerre—was in her early thirties. She had childbearing hips and didn’t seem to own a bra. Sometimes she sunbathed topless behind the stockade fence that bisected our backyard, displaying her generously-oiled flesh to anyone peering out a second-story window. Yet after only six months, our clairvoyant had the fortune to connect with her late grandmother, an imperious woman who insisted our lodger tend to her tomb in Newfoundland. The result was that the rooms stood vacant while my father and stepmother bickered over money.

My stepmother was for unloading the apartment to the first bidder. She was the breadwinner, after all—copyediting medical journals for five dollars a page. To her, every month without a tenant meant more evenings cuddled up with galleys for Orthopedics Today and Colon and Rectum. My father preferred a wait-and-see approach. He was content to pass his afternoons watching for his stocks to scroll across the bottom of the television screen, or listening to right-wing talk radio, until a sufficiently worthy boarder came a-knocking. Think long-term, Sylvia, he said. Think like a man. Yet not even my father’s sexist barbs—to which my stepmother rolled her eyes back under their lids like a toy clown—could attract the uber-tenant. My father turned down one young couple, a Romanian oboist with a slight Czech wife, because they were a “baby-risk”: Kids trip on things, he said. You might as well tape SUE ME to your ass. (My father was the sort of man who associated young children with window guards and lead-paint abatement.) Another couple, Mexicans, failed the “civil forfeiture” test: One ounce of weed, said my father, the DEA puts us all out on the street. When my stepmother protested that the Mexicans were avowed Jehovah’s Witnesses—they didn’t even vote, let alone smoke dope—my father snorted and waved her off impatiently. For now they are, he said. But nothing is carved in stone.... Several times that week, my stepmother threatened to move into the spare apartment herself: I have limits, Gary, she warned—shaking her hand horizontally at her forehead, as though to indicate the precise level beyond which she could endure no more. They were going at it like this real good, one steamy June morning, when the mime poked his head around the screen door.

“I’m here about the apartment,” said the mime.

My stepmother made a sharp, forward motion with her head—her way of nudging my father toward the doorway. He cupped his fist in his palm.

“You have to push harder,” answered my father. “Like your life depends on it.”

Reprinted by permission of the Black Lawrence Press.

To learn more about Jacob and his book, go here.