Find Someone to Love 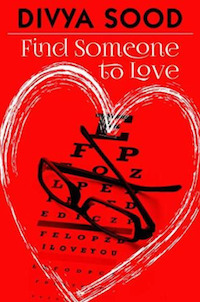 My memory is a sieve and all that has happened slips through to a floor of slippery consequences. But then the large recollections, the important dates and names and numbers, they get caught in the glistening mesh of this sieve and I remember. I remember the look her eyes held once on a cold winter’s day at the end of January while she stood across from me, snowflakes catching in the curls of her hair, upon the whims of her eyelashes. She had gone to England for the winter break. She had thought of me, she said, despite all that had happened, and had bought me a birthday gift that had remained in her maroon Jansport backpack through my birthday and long thereafter. But then somehow on this cold day in January, she had called, had said she needed to give me this present right away as if having it in her possession was burdening her, making the straps of the Jansport stretch and hurting her fragile back.

Back then, she had a boyfriend. He was a lanky twenty year old who played basketball and failed calculus multiple times, a pseudo-poet who recited to her lines from Byron although I knew inside me that she was a Rumi kind of girl.

She held her hand out to me, a colorful cast of cartoons on the cover of the book she offered. I took it. Enid Blyton’s The Faraway Tree.

“I searched for this, you know, through six shops and then some,” she says in an English that is all her own, carried as was she in her mother’s womb from Sri Lanka to Australia until finally, water broke and she was born in the quaint city of Bahrain. The lilt of her words moves me and I want her to speak more. I want her to talk to me even if to say that “he” is waiting for her, that she must depart, that she must leave me with my secret lust and boisterous denial of affection.

“Why did you get this for me?” I ask her although there is no answer she could ever offer that would be satisfactory leave “Because I love you” which is something I know she will never feel let alone say. It is I who love her, I who lie about it even to myself. We are young and just emerging. Although faint echoes of Rumi whisper the refrain, “Lovers do not find each other somewhere / They are in each other all along.” I wonder if I could ever enter her, not physically in that banal sort of way but through her eyes perhaps or through the lines of fate upon her palms, through her fingertips as they graze my hand, all in a trajectory that marks an ascent to her soul.

To learn more about Divya and her book, go here.