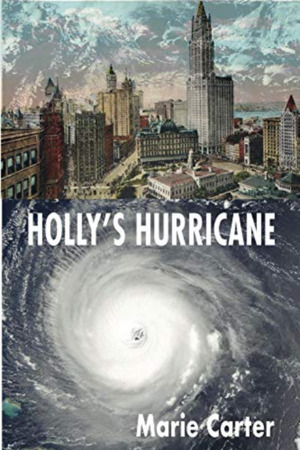 One minute I am sitting with my mum in the nursing home in Boston, England.

The next I was transported to the Strid, the stream that lurks about a hundred yards from the nursing home, with all the danger signs. It looks perfectly benign, but because of its deadly combination of fast currents and underwater rocks, anyone who has ever jumped in, or gone swimming in the Strid, has died. They put the first danger signs up about fifty years after the third person had gone missing, but still, about twenty years ago some troublemaker had dipped a toe in and was grabbed by the current as if by a hungry monster, angry with the daredevil for even tempting fate.

I was standing by the Strid when I saw a man who looked faintly familiar, sporting pince-nez glasses, a salt and pepper thick mustache, and wearing a bowler hat. He was stylishly dressed and a little portly—in fact, I would have said he had a similar profession to mine—like an architect, except he seemed to be from another era. He took his hat off as a gesture, and I could see his hair was parted down the middle. He beckoned me to come closer and gestured for me to look into the water. The remarkable thing was, I didn’t feel unsafe. There was something fatherly about the man, something I trusted. As I drew closer and closer, I noticed a kind of whirlpool gaining more and more momentum in the Strid. The noise of the water suddenly became deafening which was a shock to me, as I couldn’t hear it earlier.

And then, without warning, to my horror, the man pushed me in. I was instantly suctioned into a whirlpool but, to my amazement, I didn’t get wet. And, in spite of my age, I felt no discomfort. In fact, I felt light, and all of my daily aches and pains seemed to evaporate. I found myself in a vacuous tunnel-like interior, and I was falling like Alice down the rabbit hole, but in slow motion, as though I had developed wings. This was a relief. At my age, broken bones are harder to repair.

I landed weightlessly at the bottom of the steps of an imposing building that looked like an ancient Roman temple. I could barely feel my body, and I noticed I appeared to be see-through; my hands were opaque. The Architect was right behind me, looking at me and smiling, very proper and gentlemanly. He began climbing the steps of the building like an animated fairy sprite, turning and beckoning me to follow. But I stood gaping with a goldfish mouth, entranced. The structure was reminiscent of French palaces and Italian basilicas. The gigantic granite and steel façade was supported by Roman columns.

To learn more about Marie and her book, go here.