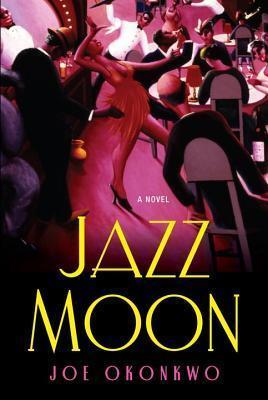 Harlem had been hit by a hurricane: it was raining cats and jazz. White folks called it race music. Old colored folks branded it the devil’s music because its saucy beats made men pump their hips in slow pirouettes and women lift their skirts above the knee with a sweltering look that said come and get it, papa. But, whatever you called it, it was everywhere. Gliding out of glossy nightclubs; smoking lush and torrid out of basement speakeasies; in the streets, louder than a growling subway train. And if you ventured down Lenox Avenue or 125th Street, you wouldn’t be surprised to pass a first-floor apartment, window open, and glimpse a couple dancing as jazz crackled out of a phonograph. You’d stand on that sidewalk—right outside their window—and watch them for a while, but they wouldn’t even notice you.

In 1925 the devil did his best work in Jungle Alley—a stretch of 133rd Street between Lenox and Seventh Avenues splattered with glittering clubs where Duke Ellington brushstroked his jazz canvas, café au lait chorus cuties high-kicked it, and a hoofing Bojangles took and shook center stage. Clubs gorged themselves on white swells from downtown drawn to the sensual, the primitive, the exotic; who, after seeing a Cole Porter musical on Broadway or a Verdi opera at The Met, cabbed it to Harlem in droves to slum to the tune of “Sweet Georgia Brown” and romp in the jungle of their uptown backyard.

The swells paid good money to see Negroes sing and dance in supper clubs, but drew the line at sharing supper, which is why Ben and Angeline, arm in arm, half walking, half prancing up Seventh Avenue, didn’t bother with the clubs in Jungle Alley. They bypassed 133rd Street altogether and shot onto 136th instead, laughing like fools the whole time.

“You have a good time, Angel?” Ben asked.

“Yeah. Donny Boy know how to swing it.”

“Where’d he learn to cook? Them pig’s feet and blackeyed peas reminded me of back home,” Angeline said.

They rollicked down 136th. The street was besieged with people leaving rent parties, clubs, picture shows, most laughing like Ben and Angeline, some downright drunk, and you could smell reefer everywhere. An eternal line of brownstones rose above them on either side of the street, high flights of steps with black wrought iron railings ascending to stoops where people talked and drank. Folks hung out of windows or sat on fire escapes and shouted down to the people on the stoops or to passerby on the sidewalk as taxis streaked by.

“Ben, you remember where we going? What’s this lap joint called?” Angeline asked.

“Teddy’s. All the hepcats go there. Reggie told me about it. Says the band’s a killer-diller.”

“That’s great, baby, but maybe we should go on home and kill some dill in private.” They walked side by side, but she managed to nudge her breasts against him. “If you know what I mean.”

To learn more about Joe and his book, go here.