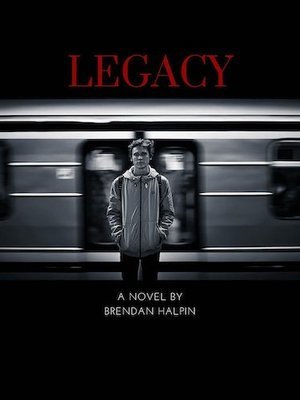 I decided to skip the preliminaries and go directly to the inevitable fight. I put a bite of pasta into my mouth, chewed for a second, and through the half-chewed remains of the bite, said, “I’m sorry I disappointed you. No. I didn’t do it intentionally. No, I didn’t blow off classes. Yes, I know this is a big deal. Yes, I feel terrible.” I paused. “I am just never going to be as good a student as Jake. Time for plan B, I guess.” Finished, I took another bite of gnocchi. Melissa makes paleo or keto or something-o for Mom’s meals but fortunately I get to eat carbs.

Dad took off his glasses, pinched the bridge of his nose, closed his eyes, took a deep breath, and put his glasses back on. His face was Harvard Crimson. “Unacceptable,” he said. “You’re giving up? You think you have that option? If you feel like you don’t have the ability that Jake has, that is no excuse to just throw up your hands. That’s a challenge. A challenge to work twice as hard!”

“But what if I’m not as motivated as he is either?”

A vein in Dad’s forehead began to pulse. “You say that like motivation is an inherent characteristic. But it’s not. It’s a choice. It’s why we live here, and other people live…” He waved his hand vaguely out the window. “…out there. You don’t have the motivation? Well, you’d better find it, my friend. Or there will be consequences.” He wiped his mouth, folded the cloth napkin neatly and placed it next to his half-eaten dinner. Then he stood up and walked out of the room.

Once again, the room grew uncomfortably silent. “Well that went well,” I finally said to Mom. “How was your day?” I expected to get at least a little smile out of her. She usually seemed to appreciate my sense of humor quietly, even though she appreciated Jake’s everything else loudly. She never laughed at anything I said, but sometimes it looked like she was fighting back a smile. Not this time, though.

“Not funny, Colin,” she said, shaking her head. “This is a crisis. You have to start taking your education seriously. This is your future we’re talking about. The rest of your life! The mistakes you make now will haunt you forever.”

“Mom,” I said. “You know that most people, like well over 99.9 percent of human beings, don’t go to Harvard, right? And I’m pretty sure they are surviving in the outside world just fine.”

I did not actually think I was better than most people, but I kept my mouth shut.

To learn more about Brendan and his books, go here.