Love Is No Small Thing 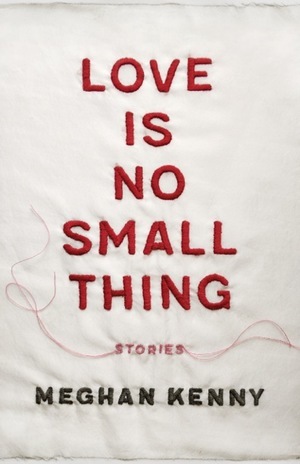 Man Is The Measure Of All Things

The Vandermies invited Russell to their house for dinner. He drove on a dirt road that wound through the base of mountains that looked so smooth of sand they might slide down like an avalanche from the smallest movement upon them. It was dark and cool in the valley, but the sun was high, still on the tops of the hills and mountains where they would hike up to for dinner. This was Russell's first time to the house in Ketchum and the marker was a wooden walk bridge that came to the road, crossing the Lost River. He came around a bend, sure the bridge was less than a mile away. The river ran to his right, and birds flew back and forth over the road, low and fast, seeming to just miss the car by chance or luck. Then, right ahead, Russell saw two four wheelers on the side of the road. There was a man waving him to stop.

Russell pulled over and rolled down his window. "What is it?"

Another man, red haired and large, came up from a dip behind the embankment and said, "I can't see a goddamn thing. Can't see or hear or nothing."

Russell stayed in the car. The men wore worn canvas pants and long sleeve shirts in the heat. They were tough, Russell thought. Men who could stand the heat in those clothes killed things, fixed busted engines, and spit on people if they felt like it.

"Is this an emergency? Can I call someone?" Russell said, and stopped himself before he held up his cell phone. He knew they already knew he wasn't tough, and he didn't have to prove it. He wore a short-sleeved collared shirt and khakis. He hoped they couldn’t see the leather loafers he wore without socks. He bought them that day at a men’s store he’d never been in because of the prices. But when the Vandermies invited him for dinner, he knew the crowd would be wealthy, and that it was his chance to make an impression.

"We don't have time for that, we need your help," the short man said.

"Well, what I mean is, is this serious, is someone hurt?"

"It's serious," the redhead said, "or we wouldn't be asking for help."

"It's just that I have a dinner to get to, people are waiting for me," Russell said, pointing in front of him, as if people were down the road waving for him to hurry.

The short man walked toward the car. Russell hit the automatic lock for the doors, and pushed in the clutch.

"Look Jack," the short man said, standing in front of the open window on the driver's side, "Get out of your car and help us find what's missing." He stood close enough that Russell smelled booze on his breath, bourbon breath.

"My name isn't Jack," Russell said. "What are you two doing?"

The redhead cradled a shotgun, and spit chewing tobacco from the side of his mouth.

"Get out of the car, Jack, we need help," the short man said, touching Russell's shoulder as if they were pals who'd just had a fight and were making up.
"To find the last person you shot?" Russell said, and laughed a nervous laugh and snorted.

"Funny, Jack. Good one. Let's go, we've got to eat dinner tonight too."

Russell thought about getting out of the car to help them with whatever awful mess they had made. He knew some survival skills from an EMT course he had taken in college, but that was twenty years ago, and none of it was fresh. He thought if he got out they would probably kill him.

The short hairy man was still leaning against the car when Russell let out the clutch, his heart beating so fast he could hardly breath or feel his arms or legs. He ran the car as fast as he could, tailing and sliding on the dirt. He was sure he was saving his life.

To learn more about Megan and her book, go here.