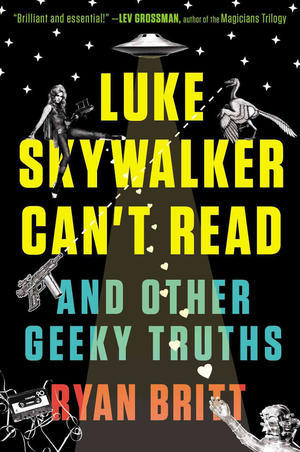 James T. Kirk has been a dangerous figure in my life for precisely all the moral relativism Star Trek accidentally exposes. Unlike Luke Skywalker, James T. Kirk isn’t really a hero who thinks too much about what kind of person he is, but instead a person who focuses on what he can get away with. Kirk is an interesting leader, but he’s no role model, and I’ll never be able to shake the fact that he reminds me of my father. In Chuck Klosterman’s famous Star Wars essay “Sulking with Lisa Loeb on the Ice Planet Hoth,” he points out that so many people connect with Star Wars because we’re all afraid of/hate our fathers. Debating this would be pointless because it’s so totally accurate that it’s not even funny. And yet, I think people’s fathers are Darth Vader on some days and Captain Kirk on others.

When my father died in 2012 of advanced liver cirrhosis caused by drinking way too much, I reacted like a lot of people would: I drank too much. And almost six months later, I found myself starring at an empty bottle of wine I’d consumed by myself alone in my room. It was just like when Luke sees Darth Vader’s severed robotic hand and then looks down at his own: we’re the same kind of asshole! Children inherit the flaws or the potential flaws of their parents like gangbusters, and popular science fiction either makes this fact way better or way worse. Luke is able to kick the Dark Side of the Force habit because he’s a great guy, but sometimes being a great guy isn’t enough to make you into the person you want to be. Plus, just forgiving Darth Vader doesn’t make what Darth Vader did okay, and had Luke been able to keep him alive, you can bet everyone would want to put Vader on trail for terrible war crimes. I have issues with my dad, and maybe you do to, but most of them aren’t war criminals.

However, many Dads are like Captain Kirk. People who are in control of a seemingly pointless enterprise who were once the boss of you and have occasionally unforgivable mood-swings. In the 1966 episode “The Enemy Within,” Captain Kirk is split into two people: his good half and his evil half. Initially, this is viewed as pretty cut-and-dried; Kirk’s evil half must be stopped at all costs! But, suddenly without his evil side Good Kirk becomes a total loser, and incapable of making decisions.

James Kirk realizes that without all of his bad tendencies—the tendencies he controls—he wouldn’t be the person he is. If you hate your parents because they messed up their lives, this, to me is the same thing. I’ll never be able to forgive my father completely in the saintly way Luke Skywalker forgives his, but I am willing to acknowledge that the part of my Dad that lives inside of me is a little bit like “evil Kirk."