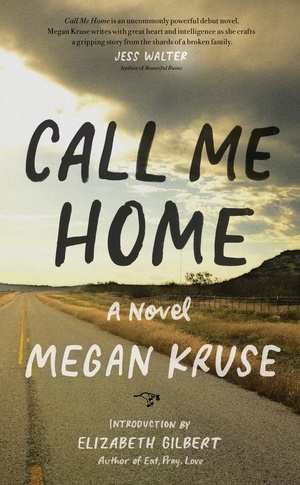 The summer I was nine, my father came home with a pig in the back of the truck. The pig was big, with thick bristles along his spine, and he scratched his back against the barbed wire. “We’re going to fatten him up,” my father said. He threw food into a long trough and then stood back and crossed his thick arms. I followed Jackson to the pen but I wouldn’t touch the pig. Jackson was fourteen and braver than me. He let the pig eat from his bare hand, but I held tight to a long stick. That night I put a piece of bacon on the windowsill to warn the pig to stay away.

My mother had a broken arm that summer. Each day while my father went to work, she got up and cleaned the house, and I helped her until my hands were raw from Ajax. When I heard my father’s car pull into the drive I would run to Jackson. We would wait to hear our father’s voice, to know if he was angry. Sometimes, if they fought, my mother would come to my room at night, sit on the edge of my bed, and whisper. “You must be brave, Lydia,” she would say. “You must trust me.”

All summer long the pig kept rooting under the fence, and my father kept rebuilding it. I thought it must mean something that the pig kept escaping, that maybe it hated my father. That maybe it had powers. I tried to have powers, too. If I counted my steps in threes, I promised myself, if I saw two birds on the roof of the house, if the rain came by four, then my father would be kinder. My father would be new.

In June, while my father was at work, we put clothes into bags and put them in the car. The pig watched us as we drove away. My mother took us to a hotel, but my father followed us and brought us back. He made dinner and danced my mother around the living room, but I felt afraid to let them be alone. I sat up late into the night with Jackson, listening, waiting. I held tight to his hand and he didn’t let go. The next day, I took one of my father’s beer bottles into the shed and smashed it to pieces with a rock until it was half dust. There was a dark empty hole in the wall behind my bed, down by the floor, where I kept secret things. I kept the bottle back there, or at least what had been the bottle, wrapped up in an old rag.

“You must be patient,” my mother had told me. “You must believe in me.” I was patient and I did, but every night when I was in bed I reached down to the floor, into the dark space, and felt for that rag.

Reprinted with permission from Hawthorne Books.
To learn more about Megan and her book, visit her website.