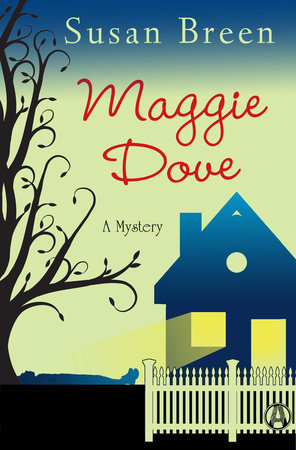 Maggie Dove wanted to be a beacon of light. She dreamed of being the sort of person who made others laugh, calmed crying babies, soothed wild dogs, inspired hopefulness. She wanted her life to be about something grand, yet every blessed thing that happened seemed designed to bring out all that was petty, cranky and small in her middle-aged self.

Take her neighbor, Marcus Bender. Maggie knew, intellectually, that he wasn’t an incarnation of Satan. He was just an annoying man. He was the sort of man who blew all his leaves onto her lawn each fall. He drove too fast down her quiet street, and once, when she had to jump out of the way of his car, she saw him laugh. He put a soccer net right up against her property so that every time his kids missed a goal, the ball went flying into her rose bushes. All of this, Maggie recognized, was insignificant. Petty. She tried to ignore it. She wanted to ignore it, and she might have succeeded had Bender not gone after her oak tree.

Maggie loved that oak tree. Her father planted it when she was a girl. She’d climbed on it. Her daughter’d swung on its branches. She put ghosts on it for Halloween and lights on it for Christmas. Maggie loved the graceful shrug of its branches; she loved watching its little flowers unfold into leaves. She loved the little pods that floated over her lawn in the fall. Mostly she loved the way the tree linked her to her past and future. She would come and go, her daughter had come and gone, but the tree was as close to eternal as she was likely to see anytime soon.

Bender wanted her to move the tree. That was the sort of man he was. He thought you should move trees. It blocked his view of the Hudson River. He’d gone to considerable expense to remodel his house, which was the old Levy house, home of Maggie’s best friend growing up. He’d transformed the quiet little colonial into a Spanish style atrocity that looked like it had a dungeon in the basement. He had an art studio on the top floor, though he wasn’t an artist. He was a lawyer, but he had an artistic bent and wanted to paint studies of the Hudson River, and he didn’t want those studies blighted, as he said, by her oak tree. Blighted!

He offered her money. He had a lot of money and was willing to pay it to get what he wanted. He seemed genuinely surprised to find there was a person in the world who didn’t care about what Bender wanted.

“We’ll work this out, Maggie,” he said, grinning at her in that wolfish way he had. He was a very good looking man, athletic, muscular, tanned. He wore suits to work and his broad chest bulged against the constrictions of his shirt. Winifred Levy, who had once been Maggie’s neighbor, but was now confined to a nursing home because of Parkinson’s, was convinced that the source of Maggie’s anger was sexual desire, a conclusion Maggie thought so far off the mark, she didn’t even argue about it. She didn’t like men like steam rollers. She liked gentle men, and gentle people. She loved her small town on the Hudson River and the people she’d grown up with and she loved that tree. There was no amount of money he could pay her to make it worthwhile to cut it down. She didn’t want to fight about it; didn’t want to talk about it. She just wanted to live her life and enjoy her tree.

Then, one April morning, Maggie went outside to see if any new leaves were starting to form. She loved those wispy little clusters that blossomed for a short time each spring, but as she neared the tree she was struck by a sharp odor. She saw a strange white substance at the base of the tree; bent down to sniff it and her nostrils burned. Poison. Bender was poisoning her tree.

To learn more about Susan and her book, go here.