Malefactor (The War With No Name Series, Book 3) 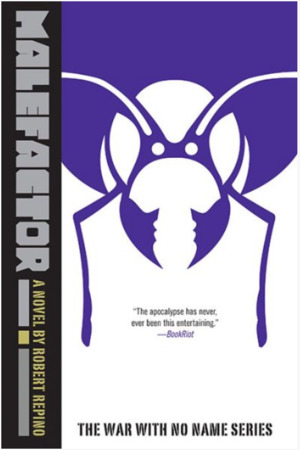 The wolves bounded through the snow, kicking it behind them in enormous white clumps. Mercy’s paws burned from the cold. Then they went numb, and it felt as if she were flying over the white expanse, her snout pointed toward the scent of fur and flesh, so thick she could swallow it. The trees shook with each step. Their bare branches wobbled against the white sky, the sun no brighter than the full moon. All around her, her sisters and brothers, her cousins, her entire family sprinted beside her. Their breath steamed from their mouths. Her ribs brushed against one of the hunters, sending warmth to her pounding heart. Everywhere, heads bobbed. Tails hung low and stiff for balance. The fastest runners breathed the hardest. Hehh-uh-hehh-uh-hehh-uh.

This would work. It had to work. The pack would live.

The necklace she wore bounced with each step. It held a single yellowed fang. The sharp end kept spiking her in the chest, a sign that she was still alive. That this was not a dream.

The scent of prey lingered like a fog. The pack growled as one when they passed through it. Their voices made the earth rumble.

Too many of her people had died to bring her to this moment. Her brother, her parents. A litter of pups. Her former mate, whose name they no longer spoke. The wolves who colonized this land, moving south in the wake of the great war. Their spirits watched her now. She could feel their breath in the bitter wind.

Her lungs burned as the pack reached the top of a hill. Cresting the ridge, the wolves poured down the other side. The gravity pulled Mercy along. She had never run so fast.

They found the hoof prints at the base of the hill. Mercy noted the loping, relaxed strides of a herd of deer. But as the pack over- took the trail, the hoof marks drifted farther and farther apart as the deer broke into a full sprint. Panic. Desperation. Mercy could smell both.

The trees thinned into a clearing. She spotted the deer. Dozens of them, with their white tails. A meal for every hunter. The pack would drive the prey into the thicker snow, where their hooves would become stuck.

All the wolves’ snouts pointed toward the closest victim, a thin, weak buck with the antlers of a male half his age. This one would fall first. Mercy’s tongue flopped out of her mouth as she imagined twisting the deer’s neck until the bones crackled.

She jockeyed toward the front. Her new mate led the way. Wex, they called him. Wex the Cruelblood. His jaws snapped at the deer’s legs, taunting him. It riled the other hunters. They barked at him, urging him to kill. To paint his fangs red.

The deer slowed. Soon his life would belong to the pack. Wex would make it quick. Not out of sympathy, but because there were so many others to kill. A bounty they waited for all winter.

Mercy’s mind cleared. Only her senses remained, allowing her to focus on the musk of the deer’s fur. The hooves denting the earth. The snow whispering beneath her feet.

The pack must live.

Reprinted courtesy of Soho Press. You can learn more about Robert Repino and his writing here.