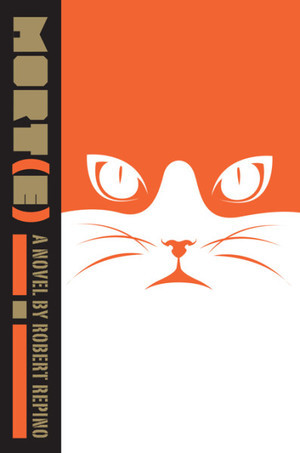 Gotham teacher Robert Repino has just seen the release of his first novel Morte. A war on the human race has begun, brought forth by a race of intelligent ants known as the Colony. Time Out New York warns, “This debut novel makes us rethink our relationship to all of Earth’s creatures (since they may someday turn on us).”

Get a glimpse of how far the Colony will go in this excerpt:

The Queen saw everything. Her eyes and antennae were greedy for more information, more scents, more colors, more words. Billions of her daughters extended the Colony’s reach into the world of the humans while she watched, gathering all their experiences, pleased that things had come to pass as she had envisioned. Her mind was the Colony’s mind, throbbing with growth, pulling light from the darkness.

And it was killing her.

But she was Hymenoptera Unus, the Daughter of the Misfit Queen. The one the humans called the Devil’s Hand, the Monarch of the Underworld. The responsibility—and the awful, pounding torture that came with it—was hers alone. No one could ever truly understand what she knew, certainly not her daughters, nor the humans, nor the surface animals whom she had lifted from slavery like a living god. Her children would sacrifice everything for her, and for that she was grateful, but they would never see the world through her eyes. They would never feel alone, for they were part of a whole. They would never feel regret, because for them it served no purpose.

Though her body was thousands of years old, her mind housed the collective memory of the Colony. Every victory, every defeat, every horrible death, was recorded in the chemical language of her people and stored in her brain. One death was difficult enough. She had lived billions and billions, stretched over millennia.

There came a day late in the war with no name when the humans were close to discovering her lair, buried deep within the newly formed island in the ocean. The earth above shook with their war machines. The humans brought bombs and digging devices, along with thousands of stamping boots. The Queen lay in her chamber, prone, bloated, having grown to the size of a great whale, a beast that occupied more space than the original colony in which she was born. As advanced as her brain was—as monstrous as she was—her body was still a powerless, egg-laying factory. Trapped and helpless, through her own doing. That was why the humans could never be allowed to get close. They would have burned her and danced on the corpse while believing that they had fulfilled some prophecy foretold by their magic books and witch doctors. The Colony would not end like that. The Queen swore it. She had started this war after centuries of planning. She would see it through until all the humans were dead, and the world and its deserving inhabitants were remade in her image.

Reprinted with permission by Soho Press.


To learn more about Robert and Morte, visit his website.