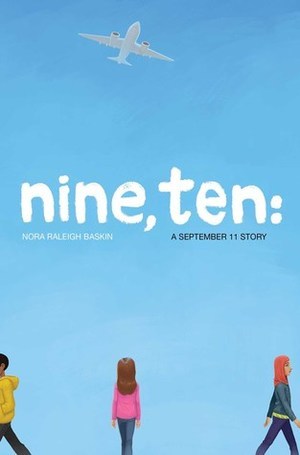 Naheed’s very first hijab had been a gift when she was nine years old, from her mother. That day, instead of feeling different, it made Naheed feel connected.

It made her feel grown-up and special.

Her first hijab was robin’s egg blue, the color of Naheed’s own eyes. That night her mother showed her how to pull back her hair and slip the solid blue head band over her head. Then her mother lifted up the long, lovely scarf and gently folded it around and around, enveloping her daughter in tradition and love. She gave Naheed her own strawberry-shaped pin cushion and together they sat in front of the mirror, practicing, wrapping and unwrapping, pinning and un-pinning until they were both laughing, and until Naheed’s own hands could nimbly fold and wrap and pin all by herself, and until she looked almost as beautiful as her mother.

“Now you have your thinking cap on, Naheed,” her mother said. “Do you know why I call it a thinking cap?”

Naheed wrapped the scarf counter-clockwise around her head. Her mother was left handed and wrapped clockwise. When her mother was demonstrating they worked like mirror images, their hands and arms in unison. Naheed was only nine then, but she knew the answer.

“Because when I observe hijab I am always reminded who I am.”

Her mother nodded and smiled. “That’s good. That’s right. Always remember you can wear, the silkiest, most beautiful hijab in the world, but what matters is what’s in here.” She tapped her heart and then her head. “And how you treat people. Yourself included, dear one.”

Naheed couldn’t wait to get to school and show everyone. All the girls wanted to know about it. They wanted her to show them how to put it on. They wanted to touch it. But that was then, third grade.

That was before the boys stopped including everyone in their recess basketball games. And before the end of fifth grade, when girls formed blockades to the bathroom during lunchtime, allowing some girls in, while others had to wait.

It was before middle school.

Reprinted by permission of Atheneum Books for Young Readers

To learn more about Nora and her book, go here.