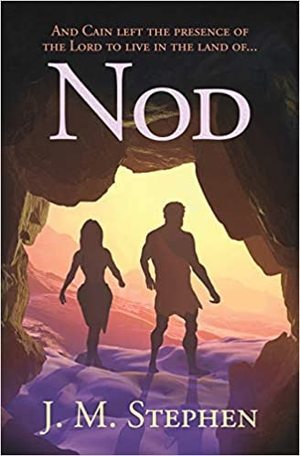 We were together, tightly compacted and then something shattered and went skipping about into so many fragments and it started. They call it time now. It fell from the great expanse that hovered above us like rain, like wind. Iit wasn’t, and then it was, and we move through it now. It started when they came, those who have walked with Giants, the first second ticking into the next and the next and the next and we have been forever bound by it. Before we delved into that soupy mix of time, before our hands ran through the thick sludge of matter, of dirt, of earth and ground, before thought, when we did not grow old and we did not grow, before we were, we were here. We have always been here. We have always lived this way. They were not of this world.

After the Fall they came, those who have walked with Giants.

Before, in the Long Away, there were tents made from animal skins and great pits where we tended the Heat. There were women who made tools out of twigs and dried leaves to carry berries and wood and men who fashioned sitting instruments from branches and bark. We ate from the animals Ram hunted in the woods to the east, (we always went east, there was nothing to the west. They created the west). We ate berries and leaves, drank water from the rains and the river. When they came they wanted more and so we made more.

A river runs through This Place, cold like alone in the middle of the night when the white rock hovers in the great black expanse above us. The land around it is wet and black, we wash our eating tools, we bathe further up the river.

We did not see them when they came but something plunged from a very high place. We heard sounds to the west but Ram said, “There is no west. We don’t go there.” And so whatever it was, when it started, we did not believe in it.

First it was the great expanse. The sky (he called it sky when he came and it was so) went dark gray like clay, it swooped over us and there was the Whiteness. The Whiteness blew over our heads as if it could touch us, a blanket of brightness and we saw faces, our faces, skin the color of earth, black hair, deep, peering eyes. We saw ourselves and knew what we were. We saw the thin, rocky world, trees in the distance, water beyond it, the river rushing through us. We did not know what it was, but we knew thatit was, that it had always been and that we had used it. But it was also as if we had never seen the world before. The great expanse lit up like white heat and they came.

Nothing had ever happened before.