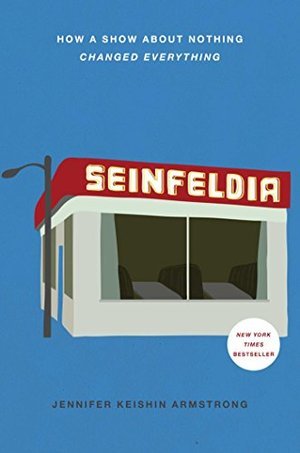 Peter Mehlman believed that Seinfeld could not fail. He believed it was too good to fail.

Peter Mehlman was not in the television business.

And yet, in what was becoming true Seinfeldian form—outsiders only, please—he became one of the first writers whom Larry David trusted with a script.

David, who was now clearly in charge of all of Seinfeld’s backstage operations while Seinfeld concentrated on being the star of the show, assigned Mehlman the fifth installment of the thirteen-episode season in 1991. When Mehlman turned it in, David told him, “If by some off chance we get picked up again, you’ve got a staff job.” Mehlman figured this was a sure thing, he later told me. He had no idea that quality was not a reliable predictor of longevity in television. In fact, it usually doomed a show to “cult” status and a short life at that time.

Mehlman looked a bit like a younger David, with blue eyes, scraggly eyebrows, and wild, graying hair. At thirty-four, he’d written one other TV script, a sample episode of The Wonder Years that never got shot. He was a freelance magazine writer, and when he moved to Los Angeles from New York in 1989 for a change of scenery, he figured he should take a shot at scriptwriting, since everyone around him was doing it. He believed his spec script would magically get sold and cover his moving expenses. His script never even made it near The Wonder Years office, but it did land him a TV agent.

Still, the agent didn’t lead to any jobs; an old acquaintance, Larry David, did. When Mehlman bumped into David at a Los Angeles party, about a year after moving west, David mentioned some show he was doing with Jerry Seinfeld. Maybe Mehlman could write a script?

David had no idea that Mehlman had never written dialogue. Mehlman, unsure what this little show even was, offered David a writing sample: not his Wonder Years script, but a piece he’d written for the New York Times’s About Men column, a bittersweet, funny essay called “Star Trekking” about wandering the city while getting over a recent breakup. David liked it and passed it on to Jerry Seinfeld, who felt the same. Soon Mehlman had his first TV assignment—which, when word got out, would make him an inspiration to freelance magazine writers everywhere.

Later, Mehlman heard that David had made similar offers to many of their mutual friends—give him a writing sample, and he and Seinfeld would consider it. Many of them had real scripts to offer, and had known David much longer than Mehlman had. For whatever reason, though, Mehlman was the first to get through.

The Seinfeld cast and crew switched stages once again, taking up permanent residence on the CBS-MTM Studios lot in the San Fernando Valley, where Get Smart, The Bob Newhart Show, and The Mary Tyler Moore Show were shot. They reached back into sitcom history to come up with a more ironclad production schedule. A typical show started its weekly cycle on Monday, leading up to a Friday shoot; but The Dick Van Dyke Show’s producer, Carl Reiner, figured out that if he started on Wednesday and shot on Tuesday, he’d have weekends to rewrite. David and Seinfeld had no personal lives at the time, so that sounded like the perfect approach to them.

Reprinted by permission of the Simon and Schuster.

To learn more about Jennifer and her book, go here.